Colston and Columbus have already fallen, and Rhodes doesn’t look to be far behind, but why stop there? For the revolution to succeed, we must erase all problematic history – that way we can be certain never to repeat it again. 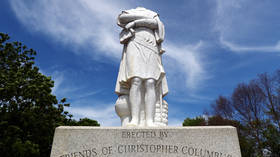 A cultural revolution appears to be gathering pace across the West. Government mandated lockdowns, mass hysteria and now race riots seem to be par for the course in daily life, as civilisation collectively takes leave of its senses. Masked mobs are now marauding unmolested, vandalising and looting towns as police officers, terrified of being accused of being racist, stand idly by allowing cities across America and Europe to descend into anarchy. Collectively we appear to have sided with Bane rather than Batman in The Dark Knight Rises.

To paraphrase Tom Hardy’s masked villain we must “free (Britain/America) from the corrupt! The rich! The oppressors of generations who have kept you down with myths of opportunity, and we give it back to you… the people. (The West) is yours. None shall interfere. Do as you please.”

So, with a view to helping this exciting new wave of iconoclasm continue on its way, here’s a handy list of things we aren’t allowed to enjoy anymore. Be warned: dissenters will be cancelled.

We’re fighting over statues because we don’t learn enough history, warts and all

These ancient monuments are nothing but a constant reminder to the children of Israel that their ancestors were enslaved. Even if the Jews didn’t necessarily build these gigantic tetrahedrons of oppression for Pharaoh, they are a hideous symbol Egyptian supremacy. The only solution to this problem is for the government of Egypt to pay reparations with several millennia worth of interest to the descendants of those they enslaved, and destroy these disgusting symbols of subjugation. It’s either that or they can finally admit the aliens did it.

2.     The White House and Washington DC

Its very name is a not so thinly veiled statement of white supremacy. Not only was it built by people in bondage, but 11 of its occupants actually owned slaves and even they were better than Donald Trump who is literally Hitler or worse. In fact, why stop just at the White House? All of Washington DC should be razed to the ground, we Brits gave it a bloody good go in the War of 1812 but surely the righteous indignation of BLM rioters will see them finish the job. Not only was the land stolen from Native Americans, but it is named after that wooden toothed, racist rabble-rouser George Washington and Christopher Columbus, who obviously should never have gone to the New World.

The Bard’s plays show a woeful lack of diversity with the only BAME character in his entire canon being Othello, who is portrayed as an easily manipulated suicidal woman murderer. He was also almost certainly portrayed by an actor in blackface for centuries. There is also the hideous transphobia displayed in the Taming of The Shrew, the vile anti-Semitism of The Merchant of Venice, and the contemptible disregard of the feelings of otherkin and furries shown in A Midsummer Nights Dream. The only solution to this is to erase the Stratford scribbler from history and disband the Royal Shakespeare Company. If “To be or not to be?” is the question, then kindly chose the latter Bill.

Oh, did Scotland think they were going to get away unscathed because of Braveheart or something? Bad luck my Caledonian cousins, it turns out your national poet was a bit of a wrongun too. Old Rabbie was a bit loose with the ladies, cheated on his wife multiple times, knocked up a servant girl and another woman during his numerous flings, and even somehow managed to paint himself as a victim of his own misogyny in his poem “The Fornicator”. How can we possibly venerate this monster in the age of #MeToo? I’m afraid Burns Night is going to have to go on the bonfire, so you’ll have to choose a new hero. Perhaps the Proclaimers will prove less problematic?

Sorry Ireland, your man’s for it too. George Bernard Shaw may be one of the most beloved playwrights published in the English language but he was also a huge fan of eugenics. Even the rise of the Nazis and the horrors of the Holocaust didn’t put him off. He actively praised Hitler and Mussolini, he even openly advocated genocide as a method to forward this evil ideology. No more Pygmalion, Saint Joan or Androcles and the Lion then. His statue on Clare Street in Dublin had better go on the toppling list too.

Wales, you didn’t think you were going to get off scot-free did you? Well I’m afraid your boyo may have helped Britain win the First World War and created the modern welfare state, but I’m afraid he was a vocal defender of Britain’s right to “bomb n*ggers”. Not exactly the language one would expect from the last Liberal Prime Minister of the UK, perhaps the Lib Dems should think about cancelling themselves in view of the hideous views of one of their most famous members. I mean if Churchill is up for cancellation despite beating Hitler, Lloyd George’s victory over the Kaiser almost certainly won’t save him.

The whole country has to go really doesn’t it? Not only was it found by that vile racist Captain Cook, but then after the colony was founded, Britain filled it with convicts so clearly all those who live there today must be rotten to the core. I mean if we’re all collectively responsible for the sins of our forefathers then surely if nearly an entire nation is literally descended from criminals then they must be beyond help. Before the criminals arrived the early settlers also engaged in slavery and attacked the Aboriginal population. It’s basically America but worse and further away so it’s time it was simply cancelled as a country.

What’s that I hear you say? Surely not the Guardian? Not the woke, liberal, lefty, luvvie paper of choice? Not the paper of Owen Jones, George Monbiot and Marina Hyde? What sins could they possibly have committed? Well it turns out quite a lot. Back in the 1860s the Manchester Guardian, as it was then called, gave its unequivocal support to the slavery-defending south in the American Civil War, described the Presidency of Abraham Lincoln as “abhorrent” and took particular umbrage with the “Emancipation Proclamation” that freed the slaves. This might have something to do with the fact that it was founded by John Edward Taylor, a Manchester cotton merchant whose trade was not exactly negatively affected by the use of slave labour in the cotton fields of Old Dixie. But of course they have changed their tune now and would obviously never, for example, print obviously racist cartoons of BAME cabinet ministers for example… oh, wait.

One of the most extraordinary structures of the Islamic world, the Blue Mosque towers imperiously over Istanbul. It is spectacular, vast, a truly astonishing architectural achievement. There is however the small problem that slavery was rife across the Ottoman Empire, and forced labour played a huge part in the construction of this gigantic building. The Ottomans collected slaves from Africa, Asia and Europe (yes, white people) to help build their buildings, work in their palaces and fight in their armies. Sexual slavery was also a key part of Imperial life with the sultan having numerous concubines in his harem. There is also the thorny issue that the Sultan who commanded the structure of the Blue Mosque, Ahmed I, fathered a child with is consort Mahfiruz Hatun when she was just 13 or 14. But perhaps it’s best not to probe too deeply into the attitudes of prominent Islamic figures towards slavery and child marriage…

It is clearly an allegory for racial violence, and the fact the whites always get to move first is an obvious indication of white supremacy.

Our love of sweet things has only been made possible thanks to slavery and the suggestion that the best of it is “white” and “refined” is a dog-whistle to the alt-Right.

We all know fake tanning is just blackface for cowards. 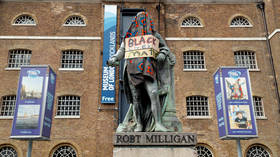 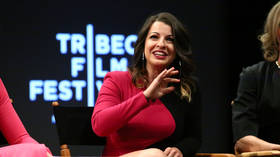