A UK court ruling that deliberately lying to a sexual partner about fertility does not equate to rape has massively split opinion. But on this occasion, the law has got it right. 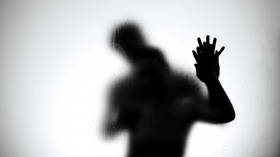 It’s an unfortunate fact of life; as a species, we constantly bend the truth in order to get what we want – especially when it comes to sex.

From breast implants to make-up, hair dye and fake tan, women are no strangers to the art of seduction, while each of the other 97 genders – including men – are guilty of manipulating their images on dating sites such as Tinder.

This sort of behaviour may not be attractive or morally right, especially when the ugly truth raises its head the next morning, but it’s so pervasive that it’s rendered no big deal.

And – as three British judges ruled this week – it’s also no criminal act. Perhaps surprisingly, this remains true even when the lies are bigger, deliberate and have serious consequences.

It follows the case of 55-year-old Jason Lawrance from Liphook, Hampshire, whose conviction for rape was sensationally overturned – six years after telling a woman she couldn’t get pregnant because he’d previously had a vasectomy.

Following their unprotected sexual encounter, back in 2014, she conceived and was forced to undergo an abortion. Something she later argued violated her ability to consent.

But, refreshingly, the legal system has disagreed. And, quite frankly, I welcome this ruling. Not least because it adds further clarity to a muddied legal area.

During the extradition hearing following allegations against Julian Assange in 2011, judges determined that it would be an offence to have sex without a condom if the other partner’s consent was based on it.

Similarly, in a case from 2013, High Court judges in London said a man was potentially guilty of rape if he ignored his wife’s condition to withdraw before ejaculating.

Now, Lord Chief Justice Lord Burnett – who presided over Lawrance’s case – has made a key distinction. He’s said that Lawrance’s deceit was not tantamount to rape because it didn’t relate directly to the physical act of sex, which is a crucial difference.

“The deception was one which related not to the physical performance of the sexual act but to risks or consequences associated with it,” he ruled. “A lie about fertility is different from a lie about whether a condom is being worn during sex.”

For feminists, this may be a bitter pill to swallow. But the reality is that it’s actually a blessing in disguise. Don’t believe me? Just take a brief moment to imagine the alternative judgement.

Overnight, prisons would become full of women who were suddenly convicted criminals. After all, how many of them have told boyfriends that they’re taking contraception, only to spring a ‘surprise’ pregnancy on them weeks later? And how many have claimed they were infertile or post-menopausal for one last chance at motherhood?

Like a man lying about his fertility, this too would be conception by deception, which would automatically make it rape.

Ergo, critics should be careful what they wish for.

Lawrance’s solicitor, Shaun Draycott, nailed it when he said: “We are delighted by this judgement. There was real concern that the upholding of the conviction would have had the potential to criminalise large sections of an otherwise law-abiding population, both male and female.

“The ruling provides clarity on the important issue of whether one person’s consent to a sexual act can be negated by another person’s dishonesty.”

This might be a sore point for many, but hey, the truth hurts.

Share. Twitter Facebook Google+ Pinterest LinkedIn Tumblr Email
Previous ArticleBus driver battered and kicked on the floor by passenger he confronted for not wearing a mask
Next Article Suspected Chinese Agent Arrested After Being Harbored In San Francisco Consulate