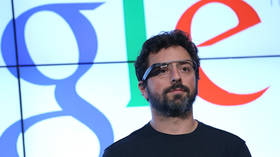 While it won’t break the bank for one of the world’s richest companies, it is a shot across the bow from Russian regulators. In early July, the head of Russia’s telecom and media watchdog Alexander Zharov said that filtration of content banned in Russia by the US-based search engine Google had gone down to 70 percent.

“Moscow’s Tagansky District Court issued a decision to impose a fine of 1.5 million rubles on Google for repeated violations related to insufficient filtering of prohibited content in the search engine,” the court said.

Under Russian law, search engine operators are obliged to exclude references to resources with illegal information from their results. To do this, they must connect to the federal state information system containing the list of prohibited internet resources. Earlier the regulator said that the content was filtered by around 80 percent, before falling recently.

A fluent Russian speaker, Google’s co-founder Sergey Brin was born in Moscow in 1973, before moving to the US with his family at the age of six. His parents, Mikhail and Evgenia, are both graduates of Moscow State University. Brin has said that his family left the USSR because of “anti-Semitism,” claiming his mother and father suffered from job discrimination in the Soviet academic field, due to their religion. 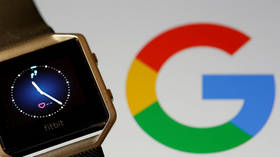