A €750-bn coronavirus recovery fund will be shared among the damaged economies of the European Union. But that money is not free and Ireland, with a lower death toll than many, now has extra public debt, worth €3,400 per person. 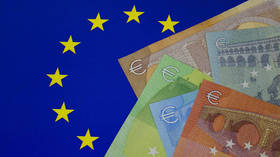 With Italy and Spain having seen death tolls in the tens of thousands and putting their citizens through the toughest of tough lockdowns over an extended period, you would expect that their bailouts were significant.

And sure enough, they are. Italy was allocated €209 billion and Spain €140 billion after four days of acrimonious debate among leaders from the 27 member nations. That is the whole point of the EU fund.

But it does seem unfair that smaller nations, like Ireland, will come out of the rescue attempts financially worse off than others, by a long stretch.

The EU budget works like a kitty on a ‘stag do.’ Everyone pitches in according to their means towards a central pot of money, and it is spent on drinks as the evening progresses.

The problem with this model is that some of the more rowdy elements on a stag do start the night off with tequila slammers, Jägerbombs, pints of snakebite and vodka, and then move on to the serious drinking.

Others might nurse a lager shandy for an hour or more, pacing themselves for the night ahead.

So when the reckoning arrives, the more sensible elements of the party find that while they paid more than others into the kitty, what they took out was peanuts, compared to the boozehounds who splashed through the fund, knowing they were covered.

It is with some irony that one nation quite rightly feeling aggrieved at the EU allocation of coronavirus funds is the craic-loving Emerald Isle.

While Ireland contributed a whopping €18.7 billion to the Next Generation EU fund, its return is only €2 billion, meaning the cost of helping out all those other nations is an equivalent contribution of €3,400 per person.

That is a big ask for a country already shouldering a debt burden of €212 billion, for all the talk from Irish Finance Minister Paschal Donohue about “solidarity”  while admitting that Ireland was one of the biggest losers in the agreement.

This didn’t wash with Hermann Kelly, president of the Eurosceptic Irish Freedom Party. The arch-sceptic told me, “The Irish Government will do anything for a pat on the head from their masters in Brussels, even handing over billions of Euros when we are already facing massive public debt.

“The way the EU sees it, Ireland is a cash cow and because of that we will presently be milked into oblivion.

“So, now is a good time to reassess our membership of the European Union and choose national democracy and an Irish government which works for the benefit of the people, rather than one looking after its politicos hunting fat retirement jobs in Brussels.”

Italy was also happy with its handout of €209 billion, money desperately needed not just by the Italian people but by Giuseppe Conte’s government, which faces an ongoing fight to stay afloat.

At the time of writing, Ireland has had 26,208 cases of Covid-19, with 1,763 deaths. With a population of 4.9 million, the Irish death rate per million is 357, compared with Italy on 581 and Spain, 608. The Irish have clearly been more successful than many other EU nations in dealing with the coronavirus, but are now being loaded with debt because of that.

When Brussels announced its recovery fund, the starting figure was €500 billion, which quickly climbed to €750 billion, and there was even talk of more than €1trillion in grants and loans. Easy numbers to fly when it’s not your money.

Such is the nature of EU budgets, however, that myriad opaque deals and further obscure funding arrangements mean Ireland will claw back some of the outlay it has made to the recovery fund.

A special €5-billion Brexit reserve is included in the EU package to help those nations who could be affected by adverse trade conditions when the UK finally leaves on December 31. Bearing in mind that Ireland is the one European country that stands to lose the most from Brexit, it is in line for a big EU payday. Just not now.

It’s a typical display of how obedient servants who follow the rules are eventually rewarded by Brussels for their acquiescence.