The world’s most bizarre diplomatic ‘struggle’ continues. While Western countries debate whether to make the G7 the G8 again, Russian officials say they’ve no interest in returning. Meanwhile, the West ignores their statements. 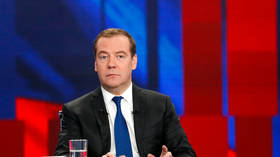 Moscow’s argument is that a club of the world’s great economies without China as a member is like Hamlet without the prince, and that India, plus a few others, should also be included. But nobody in Washington, London or Berlin seems to be listening.

The latest intervention has come from former president and prime minister Dmitry Medvedev, who himself led the Russian delegation at four summits when he occupied the Kremlin.

Any chance Russia will join G7 again? Germany says ‘no,’ but admits Moscow’s help needed to put out flaming hotspots

According to Medvedev, now deputy chairman of the Russian Security Council, the world has changed a lot since Moscow was excluded in 2014 and nothing can be discussed without having China or India at the table. He believes the value of the G7 is questionable and there is no need to restore an “obsolete platform.” Medvedev was responding to foreign officials’ statements about bringing Russia back into the fold.

“It has been said frequently that no one needs the G8 as things stand, that the world has changed a lot and nothing can be discussed without having China or India at the table,” he wrote on VKontakte, Russia’s equivalent of Facebook.

“When I took part in the G8, there were attempts to engage these countries through what was called an outreach format, on an understanding that it was a necessity. Otherwise, discussions would seem deficient.

“Overall, considering the existence of the G20 and other international frameworks, the G7’s value is highly doubtful,” he continued. “Nonetheless, they continue chanting their mantras about Crimea and Ukraine over and over again as a condition for restoring the G8.

“At the same time, they realize that Crimea has returned to Russia for good, while the settlement in the southeast is Ukraine’s business. Besides, there is no need for Russia to revive obsolete platforms for discussing international matters. You cannot step into the same river twice,” the former president concluded. 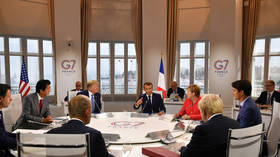