The descent to apostasy in the UK Labour Party of Sir Keir Starmer continues at such a pace it would come as no surprise if he were to expel his predecessor in whose shadow cabinet he sat without public complaint. 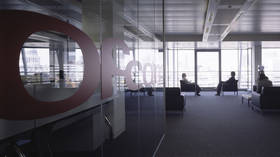 Full disclosure: I joined the Labour Party at the age of 13, in 1967, and was in it until expelled by Tony Blair over the Iraq War 36 years later. Now, I wish for its total destruction and for a hundred different reasons.

Another reason arrives most every day, but they are seldom as clear-cut as the demand for a ban on RT.

Being more Catholic than the Pope, more royal than the King, is of course ‘a thing’ in politics. But it can only be used sparingly, it must retain the capacity to shock. If overused it becomes merely a descending staircase to apostasy.

Labour is well down that staircase now, and so I was as shocked as the Claude Rains character in Casablanca on discovering there was gambling going on in Rick’s Cafe when in response to the busted ‘Russia Report’, Labour decided to go full Jolly George.

Though whereas the British Labour movement sank the Tory plan to dispatch the good ship Jolly George to help in their invasion of Russia a hundred years ago by refusing to load it, this time it is the Labour Party which wants to sink RT and the Tories who will, for a variety of reasons, block such a ban.

Not that it is the business of either to ban or not to ban. At least that’s what it says on the tin of Ofcom the media regulator, which is supposedly independent of government. In fact, the Labour Party have now significantly undermined that claim. Only Ofcom has the right to withdraw the licence of a broadcaster, and then supposedly acting in a quasi-judicial manner. An evidence-free “open-source reports”-based Report of the Security and Intelligence Committee which made NO specific allegations against RT and Sputnik, let alone prove any, would not be sufficient in a judicial process, however quasi.

Neither is this apostasy a product of Sir Keir Starmer’s Blairite orientation. The first proscription of Labour MPs appearing on RT was made not by the Blairites but by the Trotskyite John McDonnell, shadow chancellor and right-hand man to Jeremy Corbyn.

Shooting from the hip on a TV sofa one Sunday morning, without the knowledge let alone the consent of anyone else in the party, McDonnell’s ex cathedra announcement took those regular parliamentary guests on my own RT shows quite by surprise. But it worked.

Labour over the last four years was subjected to a ferocious and unremitting assault by virtually the entire British media, radio, television and print. Labour sanctions were taken against none of them. Nobody said that Rupert Murdoch’s anti-worker lie machine was beyond the pale, nobody boycotted the media telling us daily that Corbyn=KGB. In fact, Labour spokespeople turned up like lambs to the slaughter every day and were duly slaughtered. The ONLY British-based network which covered British politics in a fair and balanced way WAS RT. It was a kind of political masochism. It turns out they secretly enjoyed the flaying.

Apostasy against what, I hear you asking. Well, this. In a free country, freedom of expression is sacrosanct. How else in a democracy can leaders be held to account, prevented from committing crimes against their own people, or others? A media, free to differ from the government is a sine qua non surely? An opposition demanding the destruction of media pluralism is like the turkey volunteering for an early Christmas. In a free market democracy, surely the market must decide who gets viewers and who does not?

As the great English man of letters Dr Johnson once said, “the grimmest dictatorship of them all is the dictatorship of the prevailing orthodoxy.” Banning television stations in 2020 is of course a fool’s errand. The book they tried to ban always goes to the top of the Best Seller List. The only people further degraded and diminished by this sojourn into the realms of the ridiculous are the increasingly misnamed “Labour Party.” 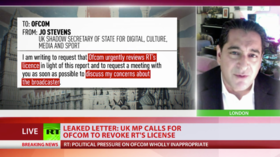