Seventy-five percent of Russians do not want their children or grandchildren to become bloggers, believing they are “parasitic” and “not serious,” and spend too much time operating “in the virtual world,” divorced from reality. 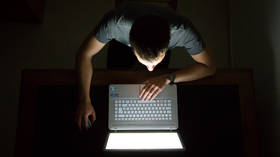 That’s according to a new survey by state-owned pollster WCIOM, which revealed that almost half (46 percent) of the Russians who use the internet (86 percent) watch or read content by bloggers. Awareness of bloggers has blown up in the last three years, with just 14 percent now saying they have heard the word but don’t know what it means. In 2017, this was the response of over a quarter (26 percent) of those asked.

Despite the growing popularity of blogging in Russia, 51 percent of respondents believe it is just a “fashionable activity,” whereas 35 percent think it is a profession that’s here to stay.

Russian bloggers have become a staple of the country’s media landscape in the last few years. For Russia’s youth, some of the most recognizable and well-respected media figures are most famous for their online presence, including the likes of journalist Yury Dud and comedian Nikolay Sobolev. However, as this survey revealed, bloggers are now beginning to influence older generations.