In broader European terms, it may be a niche, but overland travel to Russia and Belarus has long frustrated Western tourists. It has also kept both countries off the continent’s “inter-railing” circuit. 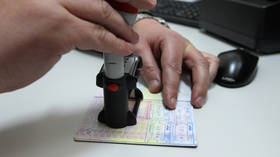 The problem was that visitors needed two separate visas to enter both states. Even then, it wasn’t legally possible, for a third-country national, to cross from Belarus into Russia by train or automobile, as there were no border controls, due to the common travel area. However, it was permitted to make a journey in the opposite direction.

On Friday, the Foreign Ministers of Russia and Belarus, Sergey Lavrov and Vladimir Makei, signed an intergovernmental agreement on mutual recognition of visas. The ceremony was part of Lavrov’s planned visit to Minsk. The new rules apply from July 1.

“The basis of the document is the full mutual recognition of national visas and other permits for stay,” said Makei during the ceremony.

In practice, the deal means that foreigners will not need to receive two visas to travel to Belarus and Russia. Visitors holding a permit from one of these countries will be able to enter, leave, and stay on the territory of the other side during the validity period of the document.

As Lavrov noted, the document is aimed at forming a single migration space between Belarus and Russia. Moscow plans a major visa liberalization process from January 1 next year. With the exception of passport holders from Australia, Britain, Canada, and the United States, most foreign citizens will be able to come to the country through a simplified visa procedure, after first registering online and paying a small fee.