If proposed changes to the constitution are adopted next week, Russians will take back control of their country from the Americans. That’s according to the Governor of the Omsk region, who believes Russia is ruled by US law. 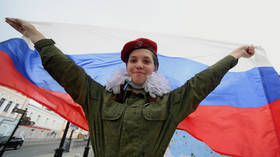 In Alexander Burkov’s opinion, the world’s largest country is currently dominated by “Uncle Sam.” But that could all change with the passage of the new amendments.

“When the constitution was adopted in the early ’90s, it was written that international law was higher than Russian law. And today we live, it turns out, under the supervision of Uncle Sam,” he said, in an interview with Omsk Regional Television.

“We’ll return to the period of the Soviet Union. We’ll live according to Russian laws, not American ones.”

Among the many amendments included in the soon-to-be-voted-on constitution, one clarifies that Russian law should be prioritized over international agreements.

Burkov also commented on certain other proposed changes, including supporting the concept of enshrining marriage as between a man and a woman. Indeed, people from other parts of Europe who disagree with the mores of their own countries, and “live according to traditional family values,” may soon begin to move to Russia, he suggested.

“What’s happening in Europe today?” he asked. “In elementary schools, they’ve begun to explain that same-sex marriage is good.”

The all-Russian affirmative vote on the amendments to the constitution will take place on July 1. As well as the precedence of Russian law and the definition of marriage, the changes include a redistribution of powers between the parliamentary bodies, restrictions on foreign nationality for key officials, and a complete ban on giving away Russian territory to other states.

Most controversially, the newly amended constitution could potentially enable President Putin to remain as leader until 2036. 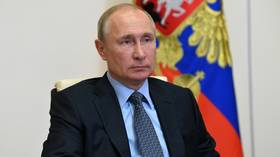