The head of Russia’s sovereign wealth fund Kirill Dmitriev was one of the first to step forward to get the home-grown Russian coronavirus vaccine. The injection is currently in the trial phase, human testing began just days ago. 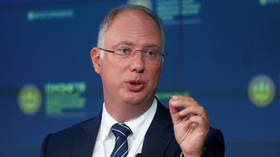 Speaking to Moscow business daily RBK, Dmitriev explained that he took part in the volunteer program, and so far, things seem to be going well.

“Well, for now, you see, everything is fine. I will keep you posted. A vaccine is, of course, the most important element, but not the only one – it is important to have testing and drugs for treatment,” he said.

The Ministry of Health approved the testing of the Russian Covid-19 vaccine on humans on June 16, and the first volunteers were vaccinated on June 18. Produced by Moscow’s Gamalei Institute of Epidemiology and Microbiology, the injection is being trialed under the supervision of the Ministry of Defense. The experiment is due to be completed by next month. Thus far, no volunteers have reported side effects.

According to Dmitriev, Russia will begin producing the vaccine in September, even before the drug is officially registered, in order to stockpile. Initially, the vaccine will only be distributed in Russia, but there will be an opportunity to aid other nations as the country’s population is vaccinated, he said.

Dmitriev, as the head of Russia’s sovereign wealth fund, is responsible for over $171 billion worth of assets.