In this extract from his book, musician and Ballymaloe-trained chef Mike Hanrahan recalls what life was like on the road – and shows us how to feed a hungry band (or family) with a cassoulet recipe.

MUSIC AND FOOD are parallel lines that have kept Mike Hanrahan on track throughout his life. In a professional career that has spanned four decades Mike has worked closely with some of our great names both on stage and in the kitchen.

We get a bird’s-eye view of life on the road as a young Stockton’s Wing struggles to break through, cooking and sleeping in a converted van that takes them to the highways and byways of Europe until their first major hit single, Beautiful Affair, changes everything.

In 2006, Mike arrived at a crossing, left the music business and turned down the culinary road to train at Ballymaloe Cookery school, where he later joined its faculty as a teacher. The next ten years were spent in kitchens as he honed his skills as a professional cook.

In this extract, he writes about life on the road in France – and gives us a recipe that’s good enough to feed very hungry musicians.

The band covered all accommodation and travel costs as well as the severe hire purchase costs, beyond which we managed to pay ourselves a minimum wage to cover our rent and expenses. Economics dictated that we not eat out, so for a couple of hours each day the van was transformed into the Wing family restaurant.

A pressure-cooker – a one-time Christmas present to my mother – was borrowed and, as she reminded us for many years, never returned. A two-ring camping gas stove was rooted out of my dad’s shed, and someone else provided a bunch of plastic plates. The cutlery was … borrowed from somewhere or other, likewise with the salt, pepper and an array of condiments in sachets …we were all set.

We cooked inside the van and, weather permitting, dined al fresco, a habit we picked up on our travels to warmer climes. I have a vivid memory of our percussionist Tommy Hayes on a beautiful summer’s day in a Saint-Jean-de-Maurienne car park at the foot of the French Alps, stirring a bucket full of spuds with a brush handle in the hope of dislodging the brown earth. Health and safety rules did not apply, though we developed a detailed knowledge of good butcher’s shops back in Ireland. With a bit of practice, we turned ourselves into a one-pot-wonder band of brothers, producing delightful stews, bacon and cabbage, soups and casseroles.

The position of chef was rotated to those who had the inclination, so I cooked often. Clean-up duties were distributed among the rest, except for the drivers, who had special dispensation. On occasion, one of us had to leave the stage mid-set to fire up a prepared pot for the starving onslaught of musicians immediately after the gig. In winter, the windows steamed up and the smell of simmering stew wafted out through the open skylight, attracting hungry locals wondering if we were a takeaway, something we joked about as a possible sideline.

Sometimes the road wasn’t so kind to the hungry travellers. We were on our way to a festival from a gig in northern Italy, heading through the Alps via the impressive Mont Blanc tunnel, then turning south at the border town of Chamonix for a further two-hour journey to our hotel, where we could look forward to a shower, some grub and some relaxation.

We’d been driving along narrow snow-filled roads through spectacular scenery for some time when someone said the terrain looked very familiar. There were a few mumbles of concern from the back of the bus as the pack got interested. Questions were put to Mick at the wheel, who was now nervously shifting in his seat as the navigator pulled at the road map.

The driver and his cohort tended to stick together on all travel matters. Mick finally announced, “We’re not lost, lads. We’re just travelling parallel to the main road, which is over there. We’re fine.” You’d have to admire his tenacity. No one believed him, of course. “You’re going parallel all right, Mick. Parallel to the road we were just on, except going the opposite way.”

Outside, the mountains were throwing up a blizzard. The anxious pack was getting hungry.

We eventually pulled into a lay-by, where Mick admitted they’d missed a small turn a couple of miles back – “just a slight mistake”. Three hours later we arrived, cold, miserable, argumentative and very hungry. The hotel reception ushered us into the heat of the dining room and rattled off a list of French dishes. Someone recognised the term ‘cassoulet’, repeated in his finest West of Ireland French brogue.

“It’s a shtew … Grand. We’ll all have the shtew.” I have never known a bowl of food to transform such a grumpy mob of whingeing musicians into a brood of satisfied bantam hens, clucking away to their hearts’ content after feeding time. Mick asked the woman of the house for the bathroom, and was met with a chorus: “It’s over there, Mick – parallel to the bar …” 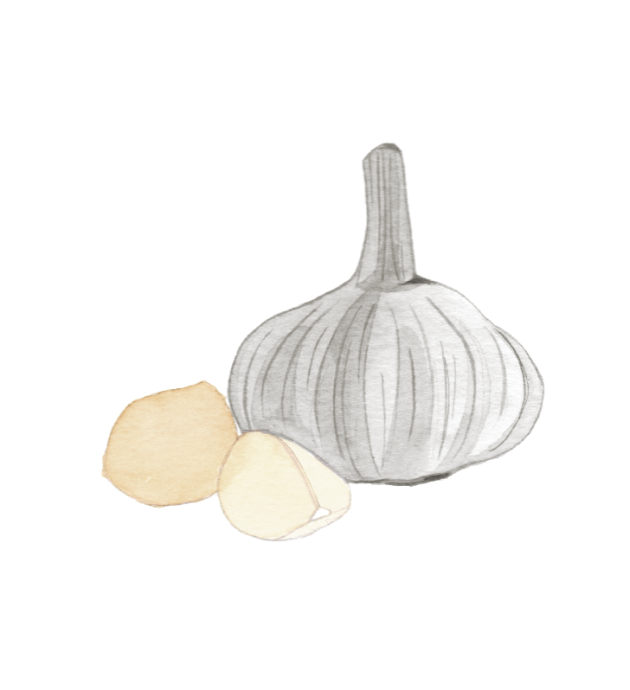 Cassoulet is the perfect centrepiece dish for all to dig in, share a nice bottle and a good conversation. I serve it with a crisp salad, a few baked potatoes, some real butter, and wine – although a beer helps the process along very nicely also. It all starts with a duck cooked very slowly; ‘confit’ means slow-cooked in either fat, salted water or sweet syrup. You can buy confit duck nowadays, but I prefer to make my own. You can buy the extra duck fat you’ll need to cook it, or you can render your own by slow-roasting a breast or carcass in advance.

NB: You need to start 24 hours before you want to serve.

1. The day before, mix together the roasted spices, juniper, garlic, salt and half the herbs, and rub into the duck flesh. Leave in the fridge for 24 to 36 hours.

2. The next day, wipe the duck legs dry but DO NOT wash.

3. Transfer the duck, duck fat, the rest of the herbs, the bay leaf and peppercorns into a pot and cook very slowly for 3 hours on the hob.

4. Allow to cool, then transfer to a Kilner clip-top jar or an earthenware pot. The meat has to be completely submerged in the liquid.

5. When completely cold and set, place in the fridge until required.

Once you’ve eaten the duck, the fat can be used for future confit. The dark jus or liquid gold at the bottom of the jar brings a whole new meaning to a duck stew, soup or casserole. It’s also a beautiful addition to a good duck-based risotto.

We cooked a few different versions of this in the van. The word ‘cassoulet’ comes from the terracotta dish it is traditionally cooked in, called a cassole. This is either stove-top or oven cooking. I believe French people get as animated about cassoulet as the Dubs over coddle, or Leitrim folk and their boxty.

1. Use a wide pan, maybe a sauté pan if you are cooking the cassoulet right through on the stove. If planning to cook in the oven, use an oven-safe pan.

3. Heat the oil and fry the bacon for 5 minutes, then add the onion, garlic, carrots and celery, and cook for a couple of minutes until soft. Set aside in a separate dish while you brown the sausages, then set them aside while you crisp the confit.

4. Return everything to the pan and add the tomatoes, beans, chopped herbs, confit liquid, seasoning and chicken stock. Heat gently, then stir for a few minutes. Place the sprigs of thyme and bay leaf, if using, on top and cook on the stove top over a medium heat, or transfer to an oven and bake for 45 minutes.

Some people add a layer of breadcrumbs to the oven version, which crisps beautifully. I once used a recipe that whizzed up breadcrumbs with chickpeas, parsley, marjoram and, of course, butter. I have made my own sausages, plain or flavoured with herbs and fennel, but the simple taste of a Toulouse works really well and it’s authentic.

Beautiful Affair is published by HarperCollins and is shortlisted for the Best Irish-Published Book of the Year, sponsored by TheJournal.ie, in this year’s An Post Irish Book Awards. The full list of nominees can be found on the website and the awards take place on 20 November.