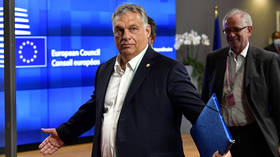 The EU loves a bogeyman. The officials from the European Commission, along with the diverse collection of Euro MPs, like nothing more than projecting everything that is wrong with the bloc on to a scapegoat and blaming them for everything from budget overruns, failed projects and internal upset.

Prime Minister Viktor Orban is the bogeyman du jour. While refusing to countenance any sort of reform within their own institutions, the EU officials simply go on the attack when the fundamental flaws in their hallowed political project are pointed out to them, as Orban loves to do while happily accepting grants and subsidies. They certainly don’t like their noses rubbed in this Brussels mess, as one high-level official showed at the weekend in a classic case of overreach.

Orban would have enjoyed the attack from the Czech Republic’s Vera Jourova, a Commission vice president, when she told German magazine Der Spiegel, “Mr Orban likes to say that he is building an illiberal democracy… I would say: he’s building an ill democracy.”

He would have enjoyed even more writing the letter to Commission President Ursula von der Leyen asking for her to sack Jourova.

But the vice president was way off track. Orban’s “illiberal” democracy is not based on restrictions of freedom of expression, thought or lifestyles which she is desperate to suggest. It is for anything but what now passes for “liberal,” particularly the type of self-righteous liberal represented by Ms Jourova and her cronies.

Orban wrote in an essay for Magyar Nemzet published last week that it was wrong to “claim that the separation of the branches of power, civil and political freedoms, the protection of private property and governance within boundaries – meaning the rule of law – can only be conceived within the intellectual confines of liberalism, and can only be implemented through liberal democracy.”

And this is where Orban’s opponents stop paying attention and start to foam at the mouth when, if they listened, they might learn something that would help them form a more coherent argument.

The Hungarian PM says that conservatism and liberalism were always diametrically opposed ideologies, only forming an alliance as they fought the arrival of communism and Nazism. That common alliance lost its focus when those obstacles were finally overcome but the two outlooks had become intellectually entwined to such an extent that many thought conservatism and liberalism were the one and the same thing, and the terms were used interchangeably. This is what gets Orban’s goat.

He sees himself as an old-school Christian conservative diametrically opposed to equally old-school liberalism.

Understanding this solved a longstanding puzzle for me about how Orban’s Fidesz party fitted alongside the Christian Democrats of Germany and elsewhere in the EPP political grouping in the European Parliament. Now I know. Orban is perfectly situated among fellow Christian conservative travelers. A true believer. That’s why efforts to nudge him out of the group have singularly failed.

Attempts to paint him as some loopy right winger, or a modern day “dictator” – as Jean Claude Juncker once hailed him – are way off the mark.

Orban went on to make his position crystal clear: “In their attacks, liberals take aim at the very things that are most important to us, the cornerstones of the political order we wish for, the values at the core of conservative-Christian democratic heritage – such as the nation, the family and religious tradition.”

After 10 years in power, Orban has a clear, outsider’s view of the EU and the unelected liberal political elite in Brussels, and he does not like what he sees. He makes no secret of the fact that he is opposed to the ever-closer union and the erosion of national identities in pursuit of a single, homogenous European ideal.

Sure, he has some favorite targets; the liberals, weak national politicians aboard the Brussels gravy train and, of course, billionaire philanthropist George Soros, sponsor of the very same foundation that, years ago, saw Orban win a scholarship to study political science at Oxford University.

Ironically, it may well have been that year in the UK in which his politics began their journey to where they are today with Orban often having a pop at Soros, undeniably a central figure in geopolitical power games.

Somewhat isolated on the liberal international stage he might be, reviled by some he may be too, but Viktor Orban is not about to roll over and keep his trap shut because of a few barbed comments aimed in his direction.

Why should he? Because after all, the Hungarian PM has a point and he is not afraid to make it. 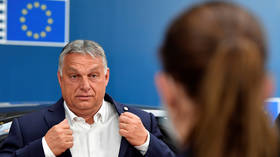 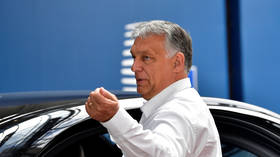 Share. Twitter Facebook Google+ Pinterest LinkedIn Tumblr Email
Previous ArticleRead the New York Times’ ‘scoop’ on Trump’s tax returns and you’ll see – from its own weak evidence – it really is just fake news
Next Article US’ failure to recognize Cuba’s medical efforts during Covid is due to an innate fear of linking socialism with anything positive