Moscow and Beijing are poised to join forces for a 21st-century space odyssey. That’s according to Russia’s top space official, who says Russia and China have agreed to work on the construction of a Moon research facility. 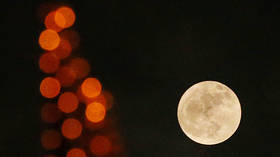 Earlier this month, Roscosmos chief Dmitry Rogozin announced that he was not interested in working with the United States on lunar exploration. Rogozin said he prefers China, which he called “a worthy partner,” while dismissing the US Moon program as “more of a political project.”

NASA and Roscosmos have long been partners in the International Space Station (ISS), but it appears the relationship won’t survive the eventual phasing out of this cooperation.

“Recently, we [along with Director of the China National Space Administration Zhang Kejian]have agreed that we will probably research the Moon and build a Moon research base together – Russia and China,” Rogozin said on the ‘Solovyev LIVE’ YouTube channel.

The Roscosmos head stressed that he has a lot of respect for his Chinese colleagues. He noted that despite the fact that China has had several space-related accidents this year, “they continue working, continue testing their resolve, they stick to their guns.”

TASS reported that Rogozin previously disclosed that he had discussed space cooperation with his Chinese partners, namely the construction of a Moon research base. He added that the sides had agreed to take mutual steps in that direction.