British clothing company Fred Perry has stopped sales of one of its polo shirts because it has become a uniform of the right-wing Proud Boys. But this achieves nothing other than giving the group more prominence. 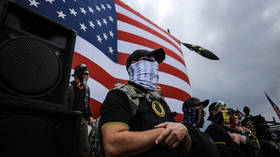 Fred Perry has tangled itself up in a bungled attempt at PC PR spin. The fashion brand has reacted because North American far-right group the Proud Boys have commandeered one of its famous polo shirts as their unofficial uniform.

It’s the black edition with yellow bands on the collar and sleeves, and the brand has taken exception to the link and confirmed the shirt will now no longer be sold anywhere in the US or Canada.

At the controversial organisation’s meetings, hundreds of guys strut about in the shirts. Leader Gavin McInnes founded The Proud Boys in the run-up to Donald Trump’s election win and the FBI regards them as “an extremist group with ties to white nationalism.”

Although they have members of different ethnicities, claim to be opposed to racism and, according to McInnes’ description, are a “pro-western fraternity,” they are often cited as being Islamophobic, transphobic, anti-Semitic, misogynistic and violent.

Some of McInnes’ claims reinforce those allegations. When talking about Islam, he said: “Muslims have a problem with inbreeding. They tend to marry their first cousins…and that is a major problem here because when you have mentally damaged inbreds – which not all Muslims are, but a disproportionate number are – and you have a hate book called the Koran…you end up with a perfect recipe for mass murder.”

And on the subject of women, he said, “Maybe the reason I’m sexist is because women are dumb. No, I’m just kidding, ladies. But you do tend to not thrive in certain areas – like writing.”

The Proud Boys’ link to Fred Perry is not obvious. Perry was a supremely gifted British tennis player, who retired in 1956 having won all four grand slam tournaments and been ranked number one in the world. He died more than 20 years ago, but the signature polo shirts of the fashion brand that bears his name have always had a certain cachet.

They were claimed by the 60s Mod subculture which began in London and was synonymous with feathered haircuts and guys on Lambretta scooters. Famous rock bands like The Who and Small Faces were part of that scene.

Then the far-right British National Front sprung up in the 70s. They were identified by their skinheads, but also wore the polo shirts.

Over the years, there has remained a link to rock’n’roll via groups like Oasis, and Amy Winehouse was a big fan too; she has her own range with Fred Perry, still on sale today.

Most of these associations have kept the brand relevant, way beyond its connection to tennis. But the Proud Boys link is a ‘collaboration’ the brand doesn’t want.

Very few people are going to want to buy a black and yellow Fred Perry polo shirt because of it.

A statement from the brand confirmed: “That association is something we must do our best to end…To be absolutely clear, if you see any Proud Boys material or products featuring our laurel wreath or any black/yellow/yellow related items, they have absolutely nothing to do with us.”

Someone in their public relations department has felt the need to make this clear, but the words are redundant. The Proud Boys have adopted Fred Perry, not the other way around. By taking the drastic step of refusing to sell the polo shirt, all it has done is make the link even stronger by giving it the oxygen of publicity.

Every story that ran about the announcement linked the group to Fred Perry. And if, or when, it decides to begin reselling the black and yellow shirt, this link will resurface.

It was incredibly naive and showed a lack of understanding of public perception. But there’s also another layer to this, because there will be many people who bought the shirt simply due to their enthusiasm for the colour and the style.

They will now be in a position of being embarrassed to wear it and concerned they will be regarded as a Proud Boy. It’s likely going to forever remain in their closet gathering dust.

In many ways, what Fred Perry has done is cede control and ownership of the brand to a group it is fundamentally opposed to.

It was happy to be associated with a high-profile figure like Winehouse, even though she was a well known drug user and made other questionable lifestyle choices

The suspicion is it has stepped in here in the hope that the move might boost sales. Fred Perry will be seen as having a political conscience and woke, and a flood of customers will flock to its shops.

But that’s not going to happen. All it has done is get itself stuck in an impossible situation of giving more air to The Proud Boys and trying to capitalise on that association.

Fred Perry hoped to use this to its advantage and be seen to be doing the right thing, but it’s paper-thin morality.

Where should the line be drawn? If a murderer admitted he or she enjoyed a can of Pepsi every evening, would the drink be removed from sale?

If a rapist was seen fleeing the scene in Nike trainers, would they disappear from shelves?

The pitfalls for brands wanting to be seen as politically correct are obvious. Ice cream maker Ben & Jerry’s recently tried to involve itself in a debate about migrants which blew up in its face.

In any case, what’s to stop The Proud Boys buying the shirt in another part of the world and shipping it over to the US?

A consequence of the informed, modern world is that you cannot have selective integrity about how your products are used.

Fred Perry has clumsily overstepped its boundaries and achieved nothing… apart from letting the world know who The Proud Boys are and that they wear their black and yellow polo shirts. 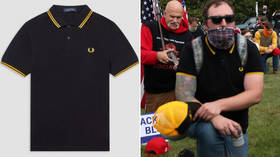 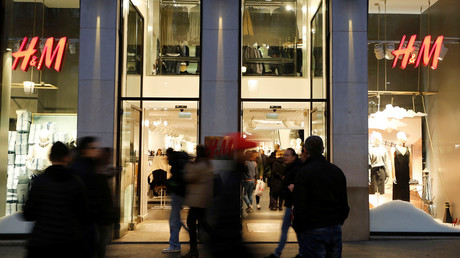 Share. Twitter Facebook Google+ Pinterest LinkedIn Tumblr Email
Previous ArticleDevouring their own: Left turns on poster boy of gun control for daring to denounce political violence
Next Article I’m no fan of Donald Trump, but his peace deals in the Middle East are a diplomatic triumph. Why is MSM virtually ignoring them?