Russian interest in the African nation of Tanzania has soared after Deputy Prime Minister Tatyana Golikova named it as one of three countries to resume flights with Russia from August 1. 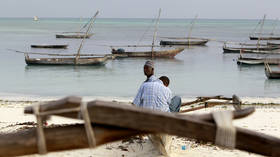 According to Yandex, the most popular Russian search engine, the number of people searching for the tropical East African country shot through the roof.

“On Friday, July 24, interest in Tanzania on Yandex Search soared,” Yandex said. “The number of requests about the country increased 65 times, compared to Thursday.”

Yandex users were most interested in Tanzania’s location, how the country looks, flight times, reviews from tourists, and the weather, according to the company.

On Friday, the Russian Government announced the resumption of flights with Turkey, Great Britain, and Tanzania, beginning on August 1. Following the news, Yandex’s travel service saw a spike in interest for all three locations.

Russian Foreign Ministry spokeswoman Maria Zakharova explained that the inclusion of Tanzania is due to the popularity of the African country among Russian tourists.

Share. Twitter Facebook Google+ Pinterest LinkedIn Tumblr Email
Previous ArticleRussian reporter whose arm was broken by cop at St Petersburg polling station fined $35 for disobedience
Next Article At first, #MeToo failed to take off in Russia – can it transcend Moscow’s liberal circles at the second attempt?