Author Rónán Hession’s debut novel Leonard and Hungry Paul is this year’s One Dublin One Book selection – here, he writes about the joy reading has brought to his life.

THE STRANGEST THING about becoming a writer in my forties is that the thing I’m best known for is something I only started doing in 2017.

I feel like one of those old pubs that gets renovated beyond recognition but reopens under the same name. Or Trigger’s broom in Only Fools and Horses, which lasted a miraculous 20 years, but only because he changed the head 17 times and the handle 14 times.

It makes me think about reinvention; about how life involves new starting points; and about how slippery things like identity and self-perception are. All deep, writerly stuff.

When my debut novel – Leonard and Hungry Paul – was chosen for this year’s One Dublin One Book it felt both huge and intimate at the same time. I have lived in Dublin all my life and the thought of such a quiet book being read by people across my own city made me feel like a literary Rose of Tralee; and yet with reading being such a private experience, the book’s intimacy feels somehow protected.

The newness of writing for me, and the novelty of public attention, has left me searching for a backstory. Where did I begin? When did I begin? Was I always a writer? 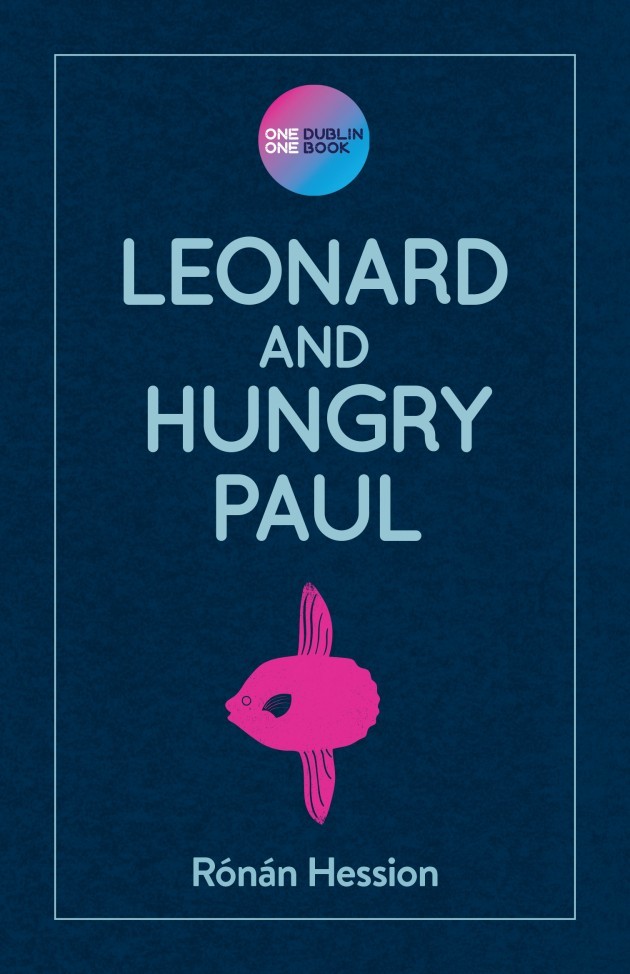 I didn’t read much as a child – I was sort of hyper and my mother thought it best to let me run around after a football until I tired myself out, a strategy that worked for about 32 years.

When I was seven I wrote a book called Sandy Sailors, which my teacher asked me to read for the class and then for other classes. If I were retrofitting a literary life story for myself, I would probably start it there. But in truth, the only things I enjoyed reading back then were Asterix books, Whizzer and Chips, Buster, Match and Shoot. My dream was to become the first ever professional footballer who also commentated simultaneously on matches I was playing.

Unlike most writers, I got into literature through swimming. Once a week I would trek up to Northside swimming pool in Coolock – across the road from the estate where the streets are named after the moon landing (Armstrong Walk, Aldrin Walk, Tranquillity Grove) – with my togs rolled into an old towel.

Afterwards, I would walk off my new verruca around the library next door. There was great autonomy in being a library user. As a child you could go there without adult company, choose the books you wanted and then take them home without there being anything fishy about the whole business. It was the sort of trust you wanted to live up to.

I developed a reading habit so that I would finish my books in time to swap them the following week. Once I started getting into music, my reading tastes followed what my music heroes were talking about. I read Oscar Wilde because Morrissey told me to; Malcom X under the influence of Billy Bragg.

I kept up a reading habit without ever really thinking of myself as a book person.

Reflecting over the years, I think my main reason for reading has been to check whether there was anything in life that I was missing; whether my relatively narrow range of experiences cut me off from the lives of other people in other times and places. Strangely the answer is a sort of ‘no.’

Of course, reading has opened me up to ideas and cultures, but my overwhelming response to a life of reading is that it has reinforced my sense of belonging in the world. That I was born on the right planet after all.

But it has also left me with wider reflections about books which, if you still have some tea left in your mug, I’d like to share with you.

First, Ireland has a strong writing culture because we have a strong reading culture. Ireland’s writers are a subset of our readers, who in turn are connected to a mutually-supporting community involving publishers, book clubs, journalists, festival organisers, bloggers and of course libraries. If future alien visitors discover traces of our civilisation,

I hope they remember us by the fact that our society chipped in to buy thousands of books for everyone to share for free.

Second, writing is not an elite activity. It’s quite special that one of the first things we learn and practice in primary school is creative writing. I like that everyone in the class writes, rather than one or two accomplished writers working in the corner with everyone else in the role of appreciation. Creativity works best when it’s threaded throughout society; accessible and inclusive. Culture is a picture, and the more pixels, the richer the image.

Finally, I would dearly love if more people read fiction in translation and celebrated the valuable work done by translators. Some 95% of the world’s population lives in countries where English is not the first language, yet the books from those countries made up just 5% of fiction sales, with only a third of those being by women.

My reading life was transformed by the example of the late Eileen Battersby who wrote so passionately about translated literature in her Irish Times reviews. There are fantastic writers around the world, including in Japan, Croatia, Argentina, Egypt and Nigeria. It would be wonderful to connect them with enthusiastic readers.

Perhaps I am unusual for a writer in that I’m not too interested in looking back at my
childhood, other than to reflect that I no longer carry around a rolled-up towel and that I am thankfully verruca-free.

But there is comfort in knowing there were things I did then that I still do now; that personal reinvention has limits; that constancy and variety can co-exist.

Maybe that’s what I learned from returning library books: that you don’t need to hang on to things that matter, because they will always stay part of you.

Rónán Hession’s debut novel Leonard and Hungry Paul is published by Bluemoose Books and has been chosen by Dublin City Council as the 2021 One Dublin One Book. To find out more, and see the full programme of events, visit the official website. His second novel, Panenka, is out in May.