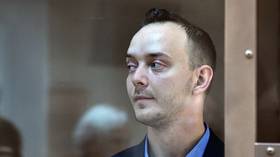 READ MORE: Ex-colleagues take to the streets in protest as former journalist Safronov is accused of spying for Czechs & Americans

According to Eva Merkacheva, from the Public Monitoring Commission – a human rights organization – Safronov has symptoms of Covid-19 and has been transferred to a separate cell, awaiting test results.

Speaking to the press, Kremlin spokesman Dmitry Peskov explained that Safronov would receive medical assistance if he does indeed have the virus.

“If this information is true, we hope that the necessary testing will be performed, and if the diagnosis is confirmed, the necessary medical care will be provided,” he said.

Safronov was arrested on July 7, on suspicion of treason. According to the FSB, the former journalist collected information about Russia’s military-industrial complex and passed it on to the Czechs, who are members of NATO, at the behest of the US.

As a journalist, Safronov specialized in the Russian military, writing for well-known Moscow newspapers Kommersant and Vedomosti. He is currently employed as an adviser to the head of Roscosmos, Russia’s space agency.

His lawyer says the accusations against him are not valid. If found guilty of treason, Safronov faces up to 20 years in jail. 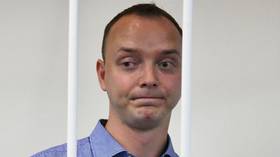