In a special week for Ireland, our Boston-born columnist looks at the strength of ties between the two countries.

AS I HAVE recounted previously in this space, my mind invariably turns back toward Boston, the place of my birth, and to the relationship between the United States and Ireland, where I live and work, around this time of year.

Given the doors it opens and the opportunities it engenders, St Patrick’s Day is like gold dust for the Irish and the envy of the rest of the world.

It is testimony to the cherished bonds between my two countries that, despite a wretched pandemic, every imaginable virtual stop was pulled out to reflect and build upon the ties.

Taoiseach Micheál Martin seems to have spent most of his waking hours over the past seven days online for interviews with the American media, addresses to various Irish American groups and meetings with President Joe Biden and other high-ranking political figures.

It was a privilege to be a part of one of those Zoom gatherings last Monday. For a number of years, I have been involved in the Kennedy Summer School, a festival of Irish American politics, history and culture held in New Ross, Co Wexford every September.

The location is no mistake in that the Kennedy family journey to the corridors of power and ultimately to the White House commenced there.

New Ross was also the hometown of the founder of the summer school, the hugely respected and visionary columnist, barrister and political strategist Noel Whelan. Our friend Noel sadly passed away in 2019, but not before several of us had tossed around the idea for a book of essays emanating from papers presented at the Kennedy Summer School. 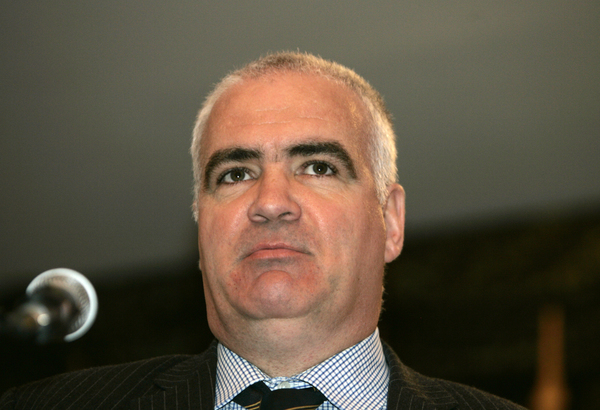 That book – “From Whence I Came: The Kennedy Legacy, Ireland and America” – was edited by Dr Brian Murphy of Technological University Dublin and Prof Donnacha Ó Beacháin of Dublin City University.

The Taoiseach took time out of his busy schedule to launch it, ahead of his virtual meet with Biden on St Patrick’s Day. The book’s title was inspired by a speech delivered by President Kennedy on his 1963 visit to Wexford and is dedicated to Noel Whelan’s memory. All proceeds from its sale will go to the community hospital in New Ross. I am honoured to have written a chapter in it. 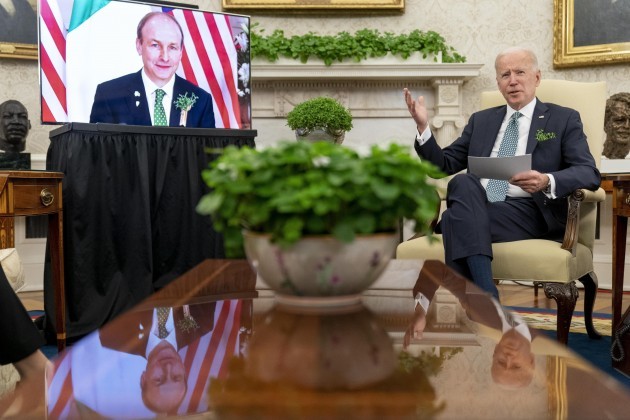 Panellists spoke about the extraordinary and diverse contributions that President Kennedy, his brothers Robert and Ted and successive generations have made to Ireland and to America. And there were two other striking aspects to the conversation.

First was the extent to which Brexit and the threat its fallout could pose to peace in Northern Ireland has galvanised Irish American leaders.

Congressman Neal – who was praised effusively in this regard by Joe Kennedy – stated in uncompromising terms that, for there to be “a bilateral trade agreement between the United States and the UK,” there must not be “anything to jeopardise the Good Friday Agreement, or re-establish any sort of a border on the island.”

He concluded that “the last word is that the United States is a guarantor of the Good Friday Agreement. We intend to see it through.”

Some commentators have raised doubts as to just how realistic Neal’s undeniably robust stance is, yet this mantra of Irish America has been embraced by both the House of Representatives and Senate in near uniquely bi-partisan fashion. I don’t think they are for turning when it comes to upholding one of America’s very few foreign policy triumphs in recent history.

Furthermore, their steadfast approach is to be welcomed insofar as it stands as a direct rebuttal to sceptics about the vitality of Irish America. Some have posited that these 35 million (or so) people are increasingly a spent force. If there has been any upside to Brexit, it has been to show that these naysayers are manifestly mistaken. Irish America, though not politically homogenous, remains potent.

Friends of Ireland in the US

The latter group celebrated the 40th anniversary of its founding this week. Their determined focus, together with the late, great John Hume, was on getting Irish Americans to reject violence and instead devote themselves to the pursuit of a peaceful resolution to the troubles in Northern Ireland.

Dr Meagher’s comments resonated with me at a personal level because my uncle, Brian Donnelly, was a member and later chair of the congressional friends. In the 1980s, advocating for peace in the north, which seems axiomatic now, was actually a controversial and even risky line for Irish American politicians to toe.

My uncle recalls that there were benefit dances, with proceeds going to the IRA, in halls across Boston’s Dorchester neighbourhood where he lived and throughout his heavily Irish constituency in eastern Massachusetts. Anger and tensions ran high, especially in the wake of the death of Bobby Sands.

There were also hard-liners in Congress, who formed the Ad Hoc Committee on Irish Affairs and were openly sympathetic to the armed struggle.

On the other hand, the nationalist bearing of the congressional friends was unpalatable to influential elements in the US State Department. There, the prevalent view was that the Northern Ireland question was an internal matter for the United Kingdom with which the US should not interfere.

This was particularly the case because President Ronald Reagan and Prime Minister Margaret Thatcher had a much bigger fish to fry: crushing communism.

That the Congressional Friends of Ireland kept their eyes on the prize of peace during the tremendously trying decade of the 1980s was instrumental in creating a climate conducive to the many positive developments since.

All these years on, as we on this island grapple with the myriad consequences of Brexit and seek a reboot following the havoc wreaked by Covid-19, it is wonderful to see that these Democratic and Republican politicians, united by a grá for their heritage, still have Ireland’s back. “From Whence I Came” indeed.

Larry Donnelly is a Boston attorney, a Law Lecturer at NUI Galway and a political columnist with TheJournal.ie. “From Whence I Came: The Kennedy Legacy, Ireland and America” is published by Irish Academic Press and can be purchased here.