Celibacy is becoming the new normal, as surveys show that the number of sexually inactive young Americans is increasing, particularly among males aged between 18 and 24. 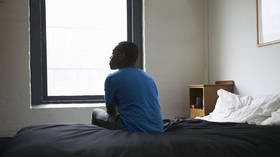 Once upon a time sex was regarded by young adults as a pleasurable activity that played an important role in their lives. These days, many young adults claim that sex is not a big deal. Surveys show that during the past two decades, the number of sexually inactive young Americans has steadily increased.

Sexual inactivity is particularly widespread among young men. A survey of American adults, published by the American Medical Association (AMA), indicates that between 2000 and 2018, sexual inactivity increased among men aged 18 to 24, to the point that around one in three reported no sexual activity during the past year. So it is not surprising that, contrary to the expectation that people would increase their sexual activity during the lockdown, reports indicated that they were having less sex than previously.

Cambridge University’s degree of separation: The ‘new normal’ is an abnormal world where we never learn to socialise

Surveys on sex are notoriously unreliable. It is widely known that men have a tendency to over-report their sexual activity while women adopt the opposite strategy of under-reporting numbers of partners and the frequency with which they have sex. So it is possible that the percentage of young men who are sexually inactive is actually larger than the numbers reported by the AMA study.

According to psychologist Jean Twenge, young people are having less sex because they are taking longer to grow up. She also asserts that one reason for the rise of sexual inactivity is because young people have become invested in using digital technology and social media and therefore have fewer opportunities to initiate sexual activities.

No doubt social media influences the way that people relate to one another, but it is unlikely that its attraction explains why some people become sexually inactive. Why should digital technology serve as the cause of mass celibacy? Indeed, for many young sexually active people, social media provides a platform for initiating “social, romantic and sexual relationships.”

Others contend that the decline of sexual activity is due to the economic insecurity faced by young people, who, facing a life of uncertainty, switch off from having sex. Psychosexual therapist Dr. Karen Gurney argues that “the fact that sex isn’t a priority for a large proportion of people fits with findings from sex research along with, well, common sense.”

There is no evidence, however, of a causal connection between economic insecurity and sexual inactivity. Young people did not opt to become sexually inactive during the Great Depression of the 1930s or the period of mass unemployment in the 1980s.

What’s fascinating about the current era is not simply the rise of sexually inactive people, but also of the rise of a narrative that belittles the importance of sexual activity. It is not just Dr. Gurney who takes the view that sexual inactivity is underpinned by common sense. Reports often claim that young people have become more sensible, take their education seriously and are more devoted to their jobs than previous generations.

The conventional explanations of the phenomenon of sexual inactivity fail to explain the specific form of male sexual insecurity. In Anglo-American societies, man have become increasingly wary and insecure about initiating sexual relations with women.

To some extent their insecurity is influenced by powerful cultural influences that communicate the idea that there is something inherently wrong with masculinity. The wide usage of the term ‘toxic masculinity’ suggests that ideals associated with maleness and manhood are inherently flawed and entirely negative.

At the same time, the feminisation of cultural and social life is associated with the moral valuation of women and their qualities. In such circumstances, the status of moral inferiority conferred on men, encourages a defensive and anxious approach towards dealing with women.

Feminism and the ascendancy of the MeToo movement serve as constant reminders of the inferiority of male identity. This sentiment is most strikingly expressed through the negative qualities associated with the term ‘white man’. In these circumstances, it is not surprising that many men become hesitant and defensive in their relations with women. Defensiveness can lead to adopting the strategy of avoiding disappointment through disengagement from sexual interaction.

However, instead of acknowledging the fact that what led to their sexual inactivity was fear and anxiety, people often look for an excuse to justify their behaviour. The claim that sex is ‘overrated’ and is ‘not a big deal’ is often used by young men to explain away their fear of rejection.

Until masculinity becomes associated with positive values, it is unlikely that young men’s estrangement from conducting sexual relations will be overcome. Sadly, many young men will look for refuge in their digital bedrooms where they can avoid the challenge of working out what it means to be a man in the 21st century. 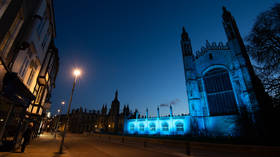