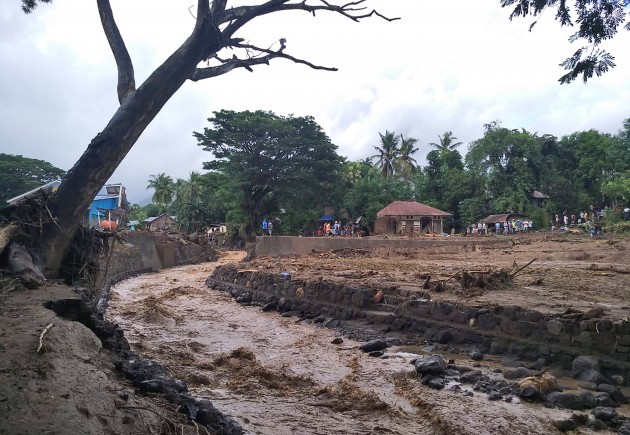 TROPICAL CYCLONE SEROJA HAS pounded Indonesia and East Timor after torrential rains triggered floods and landslides that have killed at least 91 people and left dozens missing.

Packing heavy winds and rain, the storm heaped more misery on the Southeast Asian nations after yesterday’s disaster turned small communities into wastelands of mud and uprooted trees and forced thousands of people into shelters.

Downpours are expected over the next day as the storm triggers offshore waves as high as six metres, Indonesia’s disaster agency said.

The cyclone, which was picking up strength as it moved toward the west coast of Australia, hampered efforts to reach trapped survivors.

Indonesia’s disaster agency said at least 70 people have been killed, with another 70 missing. 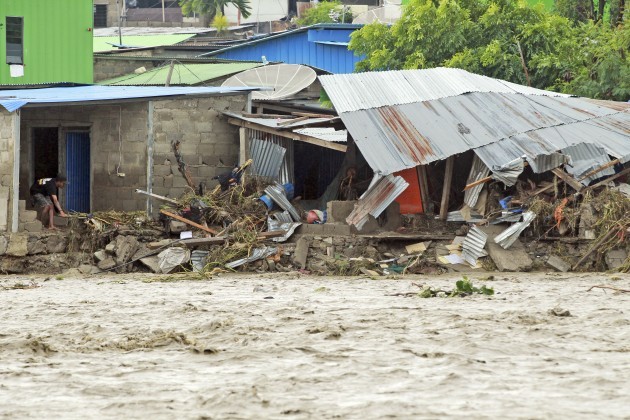 In East Timor, at least 21 people have been killed according to an official in the tiny half-island nation of 1.3 million that lies between Indonesia and Australia.

Many of the deaths were in Timor’s inundated capital Dili, where the front of the presidential palace was transformed into a mud pit.

On Lembata, an island east of Flores, parts of some villages were swept down a mountainside and carried to the shore of the ocean. 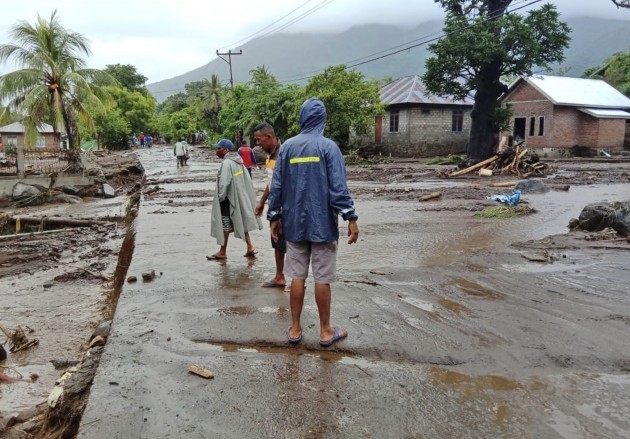 People inspect the damage at a village affected by flood in Ile Ape, on Lembata Island, Indonesia.

Across the region, residents have flocked to temporary shelters or taken refuge in what was left of their homes.

“The evacuees are spread out. There are hundreds in each sub-district but many others are staying at home,” said Alfons Hada Bethan, head of the East Flores disaster agency.

Some 2,500 people had been evacuated in East Timor, with several thousand more in Indonesia.

“We suspect many people are buried but it’s not clear how many are missing,” Bethan said.