I’ve said before, and no doubt will say again, that depictions of Russia often have little to do with Russia itself and are more about those doing the depiction. 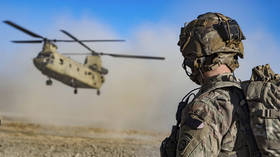 For many in the Western world, Russia is, and long has been, a significant ‘other’, comparison with which serves a useful purpose in the creation of self-identity. Beyond that, negative (and on occasion even positive) portrayals of Russia feed into domestic political struggles and help legitimize one side or another in whatever argument people are having.

Whether these portrayals of Russia are accurate is neither here nor there. What matters is their impact on domestic politics.

Of course, this isn’t a hard and fast rule, but historians who have looked at how Westerners have viewed Russia over the course of time have amassed enough evidence to show that it’s often the case. If you doubt it, then you have merely to look at what has happened in the United States in the past four years, during which time Russia has been elevated into enemy number one, an allegedly existential threat which is on the cusp of destroying American democracy and plunging the country into civil strife.

The point of the Russiagate hysteria has never been Russia itself. Rather it has been to delegitimize the election of Donald Trump as American president by portraying him as, in effect, a traitor, who has sold out his country to a foreign enemy. This narrative, of course, presupposes a foreign enemy, for which purpose one has had to be created, and Russia has proven a convenient candidate for the role.

It is this, I think, which explains the latest Russia scandal to strike the United States – the claim this week in the New York Times that Russian military intelligence has been paying the Taliban in Afghanistan to kill Americans. I am, of course, not in a position to testify as to the accuracy of the complaint, but like others am deeply skeptical of anything that is based solely on the testimony of anonymous intelligence officials and that lacks any supporting evidence.

Unsurprisingly, the New York Times’s story has led to much derision, being interpreted as a sign once again of the deeply Russophobic nature of the American press. I think, though, that that interpretation may miss the point, which is that the story, like so many others, is not really about Russia but rather yet another effort to discredit Donald Trump as a puppet in the control of Russian President Vladimir Putin.
This is because a key aspect of the story was an allegation that Trump had been briefed about Russia’s nefarious activity but had done nothing in response. As might be expected, Trump’s enemies in the media were quick to exploit the story to attack the president. For instance, MSNBC’s prime Russiagate cheerleader Rachel Maddow had this to say:

“Not only does the president know… there was that unexpected and friendly conversation he had with Putin… President Trump got off that call with Putin and immediately began calling for Russia to be allowed back into the G7… That’s how Trump is standing up for Americans being killed for rubles paid by Putin’s government.”

Maddow’s colleague, MSNBC morning news host Joe Scarborough, followed suit. “Donald Trump has known about Putin killing Americans for months and has refused even to condemn Russia diplomatically. What Republican senator will speak out against this shocking dereliction of duty?” he tweeted. Other journalists were equally outright in their condemnation. “While Trump was cozying up to Putin, Russia was paying the Taliban to kill American troops in Afghanistan,” said GQ’s Laura Bassett on Twitter; and so on.

Whether any of this was true was something that none of these journalists bothered to ask. They simply assumed that it was, for the obvious reason that always assuming the worst about Russia suits their political agenda. Most notably, Trump’s electoral rival, Joe Biden, said this about the president:

“Not only has he failed to sanction or impose any kind of consequences on Russia for this egregious violation of international law, but Donald Trump has also continued his embarrassing campaign of deference and debasing himself before Vladimir Putin… His entire presidency has been a gift to Putin, but this is beyond the pale. It’s a betrayal of the most sacred duty we bear as a nation, to protect and equip our troops when we send them into harm’s way.”

There they go again: NYT serves up spy fantasy about Russian ‘bounties’ on US troops in Afghanistan

The problem with all this is that, as with so much of Russiagate, it appears to be entirely false. The White House immediately denied any knowledge of the Afghanistan story, and the Director of National Intelligence backed up Trump by confirming that, indeed, the president had never been informed about the alleged Russian activity. As so often, The New York Times appears to have been peddling “fake news”. None of this, however, has stopped Trump’s opponents from seizing on the story as further evidence of the president’s treachery.

The question in my mind is what will happen should Trump lose the presidential election in November, an outcome that now seems likely. It strikes me that there are two possibilities. The first is that the Democratic Party and its supporters will lose interest in stories of alleged Russian malevolence, as they will no longer be needed. A Biden victory in November could, therefore, lead to a lessening in the current rhetorical tension.

The second possibility is that nothing will change. Democrats, I fear, have come to believe the nonsense that they have been peddling, to the extent that it’s become part and parcel of who they are. They are therefore incapable of altering course and will govern on the basis of the prejudices they have generated in themselves over the past few years. I would like to think that the first possibility will come to pass, but I have to say that I’m not too optimistic.

As for what will happen in the event that Trump is re-elected, I dread to think. But at that point, America might well be engulfed in flames, and Russia will be the least of anybody’s problems. 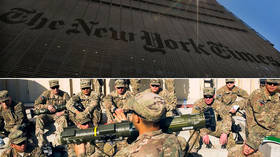 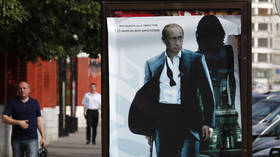