Sending in the thought police to cynically mine the social media accounts of TV show contestants is sinister – and is simply about allowing the networks to take a metaphorical knee to Black Lives Matter. 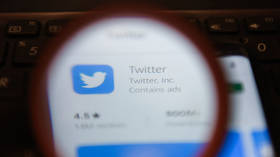 As the surge towards historical purity continues in the UK and USA, corporates are battling colleges for the upper ground in self-righteous moral superiority. Not only are they toppling statues, but in the entertainment industry even the talent are facing historical cleansing.

The gang of four big television networks in the States that have hired heavyweight private investigator Edwards Myers to deep-mine the social media histories of their reality TV stars are surely just leading the way for what can be expected in the UK and elsewhere.

A closer look at those who have been binned, following the resurfacing of racist social media comments from the past, says it all.

A pair of dolts from Vanderpump Rules fell foul of the new thought police. In fact, the real crime here is actually making this rubbish reality show in the first place, spawned by the equally daft The Real Housewives of Beverly Hills.

While securing the cultural perimeter, the thought cops located another offender on the 16 and Pregnant successor Teen Mom, and yet another fell foul of historical wrongdoing on Below Deck Mediterranean, which, on its title alone, boggles the mind.

But let’s put this into context because it’s shooting fish in a barrel. These are not the type of shows winning Emmy Awards by the bagful. They are low-culture reality TV, where those who inhabit a particular demographic – spoilt wives and kids of the rich and famous, for instance – are set upon one another in stylised “real” settings with all the viciousness, spite and downright dumbness they can muster, all for our apparent entertainment.

If one, two or all of them are found to be racist or transphobic, then who in their right mind would be surprised?

So why would huge TV networks like MTV, VH1, CBS and Showtime turn on their talent like this? In short, because it makes the grey men and women who inhabit the boardrooms of these corporates look good.

They can metaphorically take a knee and burnish their woke credentials with the scalps of the clueless and totally expedient heroes who star in the networks’ lamentable but hugely popular output.

When you hear that PepsiCo is ditching it’s Aunt Jemima brand of food products because they understand people might feel offended that the imagery used on packaging is based on a racial stereotype, you get the drift of where public discourse is heading in the US following the police killing of George Floyd.

And, you can bet, the UK networks will be right behind their Stateside colleagues.

The thought police are coming for the thick young things of shows such as Love Island, Geordie Shore, Made in Chelsea, or Essex or wherever, so they better revisit their social media pronto and delete, delete, delete.

And the anti-racism Oscar goes to… the Hollywood celebrities producing this contrived, virtue-signaling video

What is missing from those cynical television executives who target the talent in the quest for woke credibility with a young audience, is the understanding that the reason these numbnut reality shows are so popular is because humanity, with all its imperfections, is allowed to show through.

You are free to hate the loud-mouthed bigots, the puzzlingly over-confident airheads and the downright stupid to your heart’s content because they are just like people we all know in our own lives.

They’re not perfect. They are often hideous without the intensive grooming or makeup. They are irritating, annoying and sometimes plain hateful.

If TV networks culled these idiots from such entertainment, then who would be left? The guys and gals would all be the same, inoffensive, assembly-line mannequins across the realm and the actual level of entertainment would be zilch.

Maybe it would make for better reality TV if those who’ve made racist or other insulting comments in the past were held to account on the small screen for their transgressions. We could clap and cheer as they were humiliated by their peers instead of escaping the court of public opinion by being sacked from their shows and never seen again.

When fights flare up over the most trivial of disputes – “You used my mascara, you bitch!” – then a good barney over bigotry would certainly raise the intellectual bar, if only by a bit.

Who knows? I might even tune in to watch that. 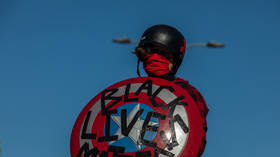 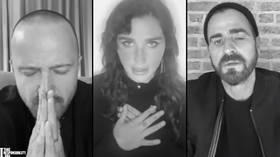