Killjoys at an Oxford museum have decided to remove from view its popular exhibit of shrunken human heads. The woke arbiters of British culture have decided that this exhibit reinforces “racist and stereotypical thinking.” 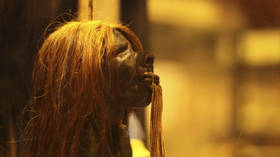 For over 80 years, visitors to Oxford University’s Pitt Rivers Museum, one of the world’s most important ethnological institutes, have been fascinated by its display of shrunken heads, decorated skulls, scalps and Egyptian mummies.

Twenty years ago, when I took a group of six-year-old boys to visit the museum, no one went away with racist and stereotypical thoughts. On the contrary, the visitors who are exposed to this exhibit are likely to discover an interest in other cultures. Now, we are all deprived of the opportunity to embark on our own personal journey of discovery and make up our own minds about what to make of this exhibit.

The museum’s director, Dr. Laura Van Broekhoven, is not just a killjoy, she is a culture warrior – a member of a caste of influencers who are committed to the cause of representing museum collections through a one-dimensional narrative of racism and colonial plunder.

Van Broekhoven told The Art Newspaper: “Rather than enabling our visitors to reach a deeper understanding of each other’s ways of being, the displays reinforced racist and stereotypical thinking that goes against the museum’s core values.”

Referred to as tsantsas, the shrunken heads in question were made by the Shuar and Achuar people, who live in the rainforests of Ecuador and Peru. The heads of dead male enemies were preserved to apparently acquire their powers.

In recent years, museums have become a prime target of culture warriors, who are determined to turn these institutions into halls of shame. Although the campaign to decolonize museums has as its focus the racializing of their collections, its objective goes way beyond the issues of colonialism and race. Their objective is to call into question the history and cultural past of Britain and Western societies.

Curators in cultural institutions and museums promote a script that attributes a dark and negative connotation to collections associated with Britishness. It was in this vein that, last summer, the V&A in London posted signs outside an exhibit on the history of British humour, stating, “This display confronts uncomfortable truths about the past.”

The V&A exhibit didn’t display any exotic colonial objects – it was merely devoted to an exploration of British humor. But just in case visitors decided to treat it in a light-hearted manner, a sign warned them about being put off by “some offensive historical materials and language.” For these killjoys, not even humor can be immune from being the target of their sanctimonious lecturing.

The banality of the curators at the V&A in London is more than matched by their colleagues at the V&A in Dundee. In their wisdom, they decided to post up-to-date decolonized captions to allow visitors to come to terms with Dundee’s shameful past. Take the display of fine linen napkins from 1762. Previously, the caption of this display stated, “Linen weaving became one of Scotland’s main industries after 1707, and Edinburgh and Dunfermline became two major centres for the weaving of fine linen damask goods.”

The caption has now been changed, so it reads, “Scotland mostly produced coarse linen for export, 90 percent of which was sold to plantations in the Americas for clothing enslaved people.”

This forced attempt to tar linen-makers with the brush of slavery illustrates the zeal with which the museum establishment seeks to incite a sense of shame about Britain’s past.

Curators are on a continuous quest for opportunities for censoring collections or canceling exhibits that have even the remotest connection to colonialism. At the time of writing, London’s Natural History Museum has stated that it’s conducting an inquisition into its Charles Darwin collection to see if it could be seen as offensive to some of its visitors. A curator warned that some may find “problematic” the exhibition of sentiments collected by Darwin. Why? Because this curator believes that Darwin’s voyage to the Galapagos Islands on HMS Beagle was one of Britain’s many colonialist scientific expeditions.

If Darwin, who challenged Victorian dogma and revolutionized society’s understanding of the natural world, is so casually cast aside as a colonialist flunkey, then just about anyone who lived in the past can be dismissed as “problematic.”

‘Temples to colonial theft’: Western museums should return looted artifacts to where they belong

Last year, at a Paul Gauguin exhibition at London’s National Gallery, a trigger warning posted on the wall noted: “Gauguin exploited his position as a privileged Westerner [in French Polynesia]to make the most of the sexual freedoms available to him.” Following the imperative of the ethos of canceling, an audio guide raised the question, “Is it time to stop looking at Gauguin altogether?”

If the behavior of the curators at Pitt Rivers is anything to go by, the answer to this question is a resounding ‘yes’.

The fear of ‘distressing’ visitors should not influence what is and what is not exhibited. Many important collections cannot but distress or offend some visitors. It’s unlikely that most visitors will not feel distressed during the course of visiting a Holocaust museum, for instance.

The role of a good museum is not to propagandize against the past, but to explain the origins and historical context of its collection. There are many instances when displays provide opportunities for reflecting on imperialism, colonialism, and the destructive consequences of racism. But there is more, far more, to the past than racism, and museums have an obligation to contextualize in a balanced manner the legacy of human achievement.

And one final point. Curators shouldn’t treat us as if we are easily impressionable children. We can quite well make up our own mind and draw our own conclusion about what we make of shrunken heads. 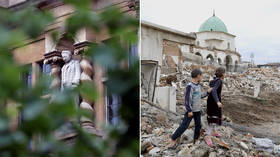 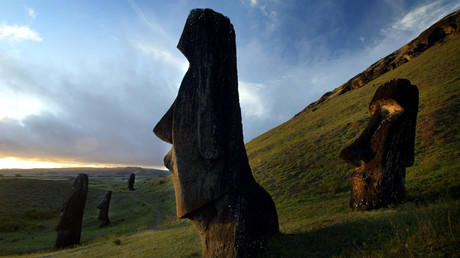