Days after Alexei Navalny was accused of libeling an elderly WWII veteran – calling him a “traitor” – a blast from the past has popped up, calling on investigators to probe the ‘anti-corruption’ campaigner over a separate matter. 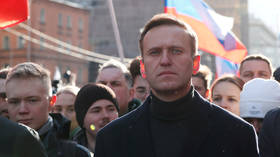 The accuser, Sergey Karnaukhov, the former Deputy Governor of Russia’s Kirov Region, hopes that a criminal case will be initiated against the protest leader. He’s filed an application with the country’s federal security service to investigate Navalny, accusing him of making extremist statements that are outside of acceptable legal boundaries.

“I don’t want Alexei Navalny to get a long term [in prison]. I believe that Alexei Navalny should understand that political activity in Russia should be carried out freely and without hindrance, but only within the framework of existing legal norms,” he explained.

This is not the first time that Karnaukhov has taken aim at Navalny. In 2016, he appeared in a documentary on television channel NTV, attempting to expose Russian opposition figures, accusing them of accepting foreign funding and of stealing money.

According to an RT source in law enforcement agencies, Karnaukhov requested that the FSB check an interview broadcast on liberal radio station Ekho Moskvy on April 27. During the show, Navalny proposed five steps to financially help Russians affected by Covid-19, including the suggestion that Russian authorities give 20,000 rubles ($288) to each adult and an additional 10,000 rubles ($144) per child.

Earlier this week, a different case was filed against Navalny. He’s accused of libeling an elderly Second World War veteran, after calling him a “traitor” for supporting the proposed Russian constitutional changes that are being put to the people. If found guilty, Navalny faces the possibility of community service and a hefty fine. 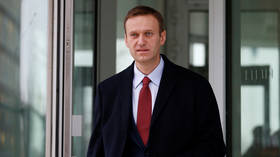