In the wake of the Black Lives Matters protests, there are plans to loosen the rules around making political statements at the Olympics. But doesn’t pure sport already make the most powerful statement of all? 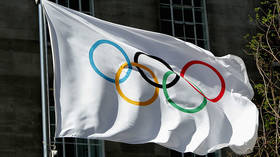 The president of the International Olympic Committee’s words carry weight. Thomas Bach spoke this week about how the IOC would “explore different ways” that opinions could be expressed during the Games while still “respecting the Olympic spirit.”

If this comes to fruition, it will mark a sea change for the Olympics, as currently it is very much protest-free.

Famously, two American sprinters, Tommie Smith and John Carlos, were sent home from the 1968 games in Mexico for making the black power salute at a medal ceremony.

But BLM demonstrations have brought the issue of race to the fore.

It’s understandable why the IOC would soften its stance, as racism has no place in society. But the truth is that politics and sport are rarely good bedfellows.

We all remember pictures of the unedifying spectacle in Berlin in 1936, when long jump silver medallist Luz Long did the Nazi salute as black athlete Jesse Owens stood atop the podium.

Who’ll be allowed to protest?

Could the IOC’s apparent new openness to opinions being expressed mean we see leaders like Donald Trump or Hungary’s Viktor Orban foisting gestures on athletes?

If the Olympics opens that can of worms, who is going to police what is acceptable and what is not?

Communists will never agree with capitalists. Nuclear weapons hawks aren’t ever going to be on the same page as pacifists. Once you start picking and choosing who can protest, you’re knee-deep in murky water.

It also ebbs away at the true beauty of sport. It’s the ultimate leveller – athletes compete on the pitch or track or in the pool, and the best person wins. Doping scandals aside, the Olympics is the truest manifestation of that.

And what about the men and women – often from countries you couldn’t locate on a map – doing their damnedest to compete? We’ve seen some truly iconic moments.

Remember swimmer Eric ‘The Eel’ Moussambani from Equatorial Guinea, who took more than double the time of the winner of his 100-metre freestyle heat at Sydney 2000?

At the same games, Australian Cathy Freeman raised the spirit of Aboriginal people everywhere as she flew home to win the 400 metres in her trademark body suit.

Then there was Eddie ‘The Eagle’ Edwards, who triumphantly claimed last place by some distance at the 1988 Winter Games ski jump.

And what about the inspirational moment when 400-metre runner Derek Redmond’s father Jim left his seat in the grandstand to help his son – in agony with a torn hamstring – hobble the final 120 metres to cross the line at the 1992 games in Barcelona?

The Olympics has the ability to create those enduring memories without having to get involved with politics.

Muhammad Ali battling Parkinson’s to light the Olympic torch at Atlanta 1996 spoke louder than any speech a politician has made in recent memory.

There’s also the looming shadow of Covid-19, which has paralysed the sporting world. Many of us didn’t realise what we had until it was gone.

The plan for this summer was to be sitting down to a festival of action, gripped by sports you wouldn’t normally open the curtains to watch in your back garden like archery, rhythmic gymnastics and taekwondo.

Now the plan is for Tokyo 2020 to go ahead next year, if the pandemic is in the rear-view mirror by then.

Many people are looking forward to it as a global celebration that the world has seen off the worst of coronavirus. So the last thing we need is an Olympics marred by political protests and point-scoring.

Athletes have social media or interviews with the press to air their views and that’s to be encouraged; let them speak out there. But let’s keep the Olympics as an unadulterated sporting sphere.

I want to be engrossed by a woman I’ve never heard of before battling to win a medal in the shooting for no other reason than the spirit of competition has sucked me in.

There’s no diluting that.

Everyone sees your skin colour with that gold medal draped around your neck, even if they don’t want to acknowledge it.

How many kids idolise Usain Bolt? How many cheered as the Cameroon men’s football team humbled everyone else in 2000?

The IOC should forget about protests and leave the Olympics as it is, because the right people are winning. 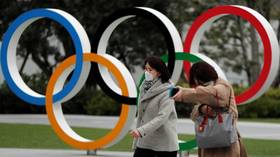 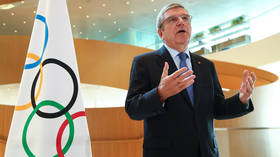