The National Maternity Strategy recommendations have been watered down or sidelined, writes Dr Krysia Lynch of AIMS Ireland.

MATERNITY SERVICES ARE a postcode lottery in Ireland, with pregnant people living in rural areas having the least choice.

There are a variety of reasons for this, all of which scream inequality. Capacity to pay will increase the element of choice, but geography, the medicalisation of childbirth, centralisation of services, consultant control and government policy all play a huge role in the maternity care options available.

In general, everyone has very little choice, but rural areas definitely fare worse. That’s not to say that people living in the cities have choices galore.

If you have private health insurance you can pay for private consultant-led care, which guarantees you seeing the same person for your appointments during pregnancy.

Some rural maternity units, such as Ballinasloe, are now also offering midwifery-managed antenatal clinics. However, when the time comes to give birth, all these options are still funnelling into a consultant-led medicalised model of labour and childbirth.

Yet, the World Health Organisation (WHO) estimates up to 85 percent of pregnancies are low risk and have improved outcomes when they are treated as physiological (normal) events with midwifery-led care rather than emergency room scenarios in highly medicalised settings.

We have some midwifery-led birthing options in rural Ireland, but they are not uniformly available in all areas of the country. They include two midwifery-led units in the North East, at Cavan General Hospital and Our Lady of Lourdes Hospital in Drogheda, with the former threatened with closure two months ago.

There are no such midwifery-led units in the North West, Midlands, South or South East.

There is also a DOMINO scheme based on care during all phases of pregnancy, labour and birth by a team of midwives available to people in the South East.

There is a national home birth service offered by the HSE, but provision is patchy. The service has always been strong in Dublin and Cork, but areas in the North West have seen very poor provision in recent years.

With respect to water birth, very few units have birth pools; Limerick, Cork, Cavan and Drogheda are notable rural examples. The only other option for a water birth is to birth at home.

For most women in rural Ireland, there is no choice; they go to their local maternity unit. For others there might be the choice of home birth, but that is not for everyone.

Being forced into care models in which you feel is not in your best interest leads to difficult experiences and a more shaky start to mothering. 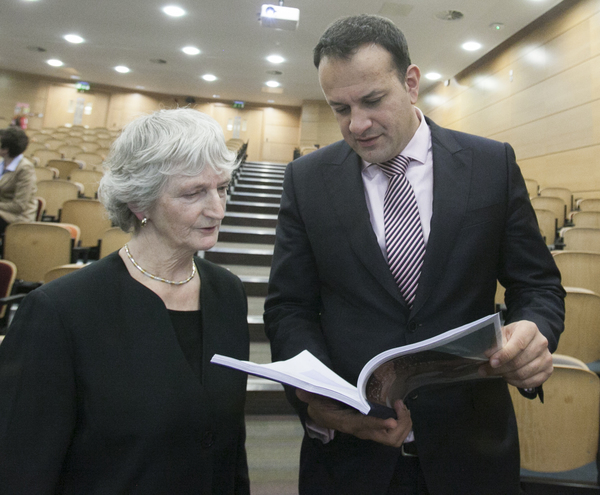 Under Leo Varadkar’s stewardship as Minister for Health, a National Maternity Strategy was devised and launched in 2016. The Strategy Committee, of which I was one of three service user representatives, produced a set of recommendations that if implemented could transform Ireland’s maternity services.

Key to this were recommendations to diversify the approach to care. To do this, it advocates for more midwifery-led units and home birth services across the country.

Since its launch four years ago, all we have seen is procrastination as well as a lack of commitment and funding.

Recommendations have been watered down or completely side-lined by the current power brokers in maternity care provision. Pregnant people are still essentially faced with the one-size-fits-all package of highly medicalised obstetric-dominated maternity care.

Maternity choice is a priority

The National Maternity Care Experience Survey carried out by HIQA last year will launch its findings next month, and I’m sure that this survey will show the same thing women have been saying for years. Give us choice. Give us midwifery-led options.

Is anyone actually listening? We are calling on Health Minister Stephen Donnelly to dust off the National Maternity Strategy and to properly implement the recommendations contained within it.

Dr Krysia Lynch is chairperson of the Association for Improvement in Maternity Services (AIMS) Ireland, a voluntary group that provides pregnant people with information, support and advocacy. She also supports expectant parents as a birth mentor and doula. Email [email protected] if you require confidential support.

Do you want to know why the Irish health service offers so little choice for expectant mothers even though an overhaul was promised four years ago?

The Noteworthy team want to do an in-depth investigation into this lack of choice by comparing Irish practices to best international practice, finding out what is causing delays to the rollout of maternity-led services and looking into the implementation of the National Maternity Strategy.