The internet is aflutter with reports of yet another possible viral pandemic coming out of China. It’s a new strain of swine flu, but there’s not much to fear. Except, that is, fear itself, which is being cultivated by the media. 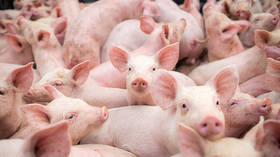 Wasn’t one enough? A new study published on Monday in the American journal PNAS has reported on a brand-new viral threat, just as we were beginning to tire of the old one. This time it is a new strain of swine flu, dubbed G4 EA H1N1, or G4 for short.

The research, carried out at the China Agricultural University in Beijing, is not exactly the PR that China needs right now. There have already been enough questions raised about their cultural practices in relation to the animal trade, wet markets, and yes, even laboratories, after SARS-CoV-2 was spawned there last winter. Given that they can surely expect international pressure for an inquest once the dust settles on coronavirus, one wonders why they have decided to release these findings at all… But credit that they have.

Unlike the coronavirus, which came to light when people started to fall ill, G4 has been deliberately hunted out by armies of scientists. From 2011 to 2018, China has been running a major study to identify and classify new strains of flu among pigs, and find out which, if any, pose a threat of spreading among humans.

Of the 179 strains discovered in that period, the majority seem isolated to pigs. But a few show potential for infecting people, as suggested by experiments in ferrets, which experience flu similarly to humans. G4 caused the most serious symptoms in ferrets, and it could also replicate itself in human cells in the lab.

There is already an extensive amount of information available on this virus, which no one had heard of before this week. Over 10% of workers in the pig industry – and up to 4.4% of the wider Chinese population – are already infected, according to antibody testing. Additionally, over 20% of pig workers aged 18–35 had antibodies, indicative of the virus adapting to humans.

The sample sizes for these tests were small, however; just a few hundred strong in total. Furthermore, the problems with antibody testing have been outlined here previously, and when it comes to strains of flu, they are likely to be exacerbated. How accurate and reliable would a test have to be to detect one among 179 variants of swine flu? And one could virtually guarantee that anyone working in a Chinese abattoir has been infected with swine flu at least once in their lives.

G4 is genetically descended from the strain that caused a ‘pandemic’ in 2009. But that outbreak ended up being less dangerous than was initially thought; in fact, it killed no more people than an ordinary flu season. If G4 is anything like its 2009 ancestor, we have little to worry about.

You wouldn’t know any of this from reading the agenda-driven MSM, though. While it is understandable that there is a hyper-focus on viral contagion these days, within hours, the flu strain with ‘human pandemic potential’ was already a trending topic on Twitter. Perhaps this is just the media landscape we live in nowadays.

Anyway, this report has given the Western media a shiny new hobby horse to jump on. They have been flogging the dead horse of coronavirus for weeks now, working with diminishing material, so in the quest for fresh ‘virus news’, this is manna from heaven. And the Western MSM is not known to look a gift horse in the mouth. “Flu virus with ‘pandemic potential’ found in China,” warned the BBC. “Terrifying NEW flu virus with ‘pandemic potential’ found in pigs,” shouted the Sun. “New China virus has ‘disastrous’ potential and UK MUST be vigilant – symptoms explained,” wrote the Express.

In the early days of the coronavirus outbreak, doubters of the seriousness of the pandemic were scolded with the insistence that Covid-19 was not, by any means, just a flu. That being so, even if G4 does prove to be the next global pandemic, we should be able to rest easy that it is, after all, just a flu. 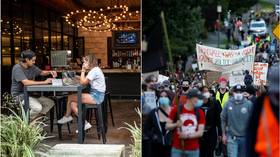