One of the strange aspects of western media coverage of Russia is the constant attempts to paint Vladimir Putin as an apologist for Josef Stalin. Meanwhile, in the real world, he has once-again berated the Soviet leader’s legacy. 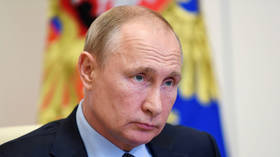 The Russian President used an op-ed, published in American foreign policy journal The National Interest and in the Russian government newspaper Rossiyskaya Gazeta, to reiterate that the Georgian-born autocrat, who led the Soviet Union from the 1920s to 1953, had committed crimes against his own people.

Referring to the role of the USSR in the Second World War, and the personal wartime contribution of its commander-in-chief, Putin noted that the Russian people have not forgotten the terror he unleashed. “We remember the crimes committed by the regime against its own people and the horror of mass repressions,” the president wrote.

According to Putin, while Stalin and his entourage deserve reproach for their transgressions, they do at least deserve credit for their “understanding of the nature of external threats.” The Soviet leaders “saw how attempts were made to leave the Soviet Union alone to deal with Germany and its allies… bearing in mind this real threat, they sought to buy precious time needed to strengthen the country’s defenses,” he explained.

The President insists this is why Moscow signed the infamous Molotov-Ribbentrop Pact of non-aggression with Nazi Germany in 1939.

Putin also noted that Stalin “did not disgrace himself” by holding personal meetings with Adolf Hitler, in contrast to the leaders of some other European nations, for whom the German Fuhrer was a “reputable politician” and a “welcome guest.”

This is far from the first time Putin has put the boot into his Kremlin predecessor. Back in October 2017, he personally unveiled a monument in central Moscow to Stalin’s victims and was strong in his condemnation. He recalled that under the system of state terror during Stalin’s rule, “any person could face made-up and absolutely absurd charges.”

“Millions of people were branded as enemies of the people, were executed or crippled, underwent torture in prisons and forced deportations,” he acknowledged. “This terrible past cannot be erased from the national memory. And certainly cannot be justified by whatever imaginary greater good of the people.”

Back then, Putin was clear that, unlike some other episodes in Russia’s past that are subject to controversy and heated public discourse, Stalin’s terror is not something that’s up for debate. “It was about the death and suffering of millions. One should only visit… mass graves of the victims, and they are many in Russia, to realize that there is no justification for those crimes,” he said.

“The persecution campaign was a tragedy for our people, our society, a ruthless blow to our culture, roots, and identity. We can feel the consequences now and our duty is not to allow it to be forgotten,” Putin concluded. 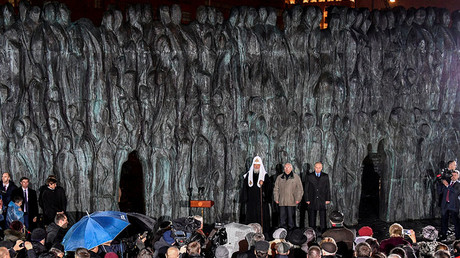 Share. Twitter Facebook Google+ Pinterest LinkedIn Tumblr Email
Previous ArticleTwo-metre social distancing rule could be reduced to one metre for pubs and restaurants opening this month
Next Article Queen Elizabeth Skips Royal Ascot For The First Time In 68 Years Due To Pandemic