Twenty-two trade unionists were convicted across three trials in 1973 and 1974.

MEMBERS OF THE Shrewsbury 24 have hailed the reversal of “a major miscarriage of justice” as they finally cleared their names almost 50 years after they were convicted for picketing.

Two dozen trade unionists who picketed during the 1972 national builders’ strike were charged with offences including unlawful assembly, conspiracy to intimidate and affray for picketing.

The pickets were striking for better wages and health and safety, at a time when many workers were injured or killed on building sites.

Twenty-two of them were convicted across three trials in 1973 and 1974 and six were jailed, while two were acquitted.

Lawyers representing 14 of the Shrewsbury 24, including The Royle Family star Ricky Tomlinson – who was sentenced to two years’ imprisonment – challenged their convictions at the Court of Appeal in London last month.

Six of the 14, including Des Warren, who was jailed for three years, have since died and their appeals were continued in their name by their relatives.

Today, the Court of Appeal overturned the convictions of all 14 on the grounds that original witness statements had been destroyed.

In a statement after the ruling, Tomlinson said: “Whilst it is only right that these convictions are overturned, it is a sorry day for British justice.

“The reality is we should never have been standing in the dock.

“We were brought to trial at the apparent behest of the building industry bosses, the Conservative government and ably supported by the secret state.

“This was a political trial not just of me and the Shrewsbury pickets, but was a trial of the trade union movement.

“My thoughts today are with my friend and comrade Des Warren.

“Like me, he was victimised by the court for defending the interests of the working class.

“I’m just sorry he is not here today so we can celebrate, but I’m sure he’s with us in spirit.”

The ruling was also welcomed by trade union leaders, who described the decision as “a landmark day in trade union history”.

In February, the Court of Appeal heard that original witness statements, which were taken “before officers knew what they were trying to prove”, had been destroyed.

The court also heard that a “deeply prejudicial” documentary, Red Under The Bed, was broadcast at the conclusion of the prosecution case in the first trial, which would have “provoked panic in the mind” of the jury.

Danny Friedman QC, representing 12 of the pickets, said a “covert Foreign Office agency” known as the Information Research Department (IRD) provided “considerable assistance” in the making of the programme.

The IRD “consulted the Security Service”, also known as MI5, about the programme, Friedman said, which was also praised by then prime minister Edward Heath.

Heath said at the time: “We want as much as possible of this.”

Friedman told the court: “It is obvious… a covert executive agency played a part in deliberately propagandising against the core subject matter of the proceedings.” 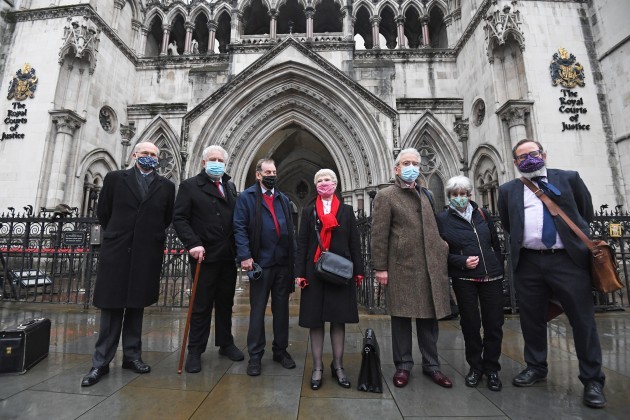 Piers Marquis, representing Tomlinson and Murray, said “at least three branches of Government, the IRD, as part of the Foreign and Commonwealth Office, the Department of Employment and the Security Service” provided material for the programme.

Giving the court’s judgment, Lord Justice Fulford said the destruction of original witness statements “was unfair to the extent that the verdicts cannot be upheld”.

But the Court of Appeal dismissed the appeals in relation to the broadcast of Red Under The Bed.

Lord Justice Fulford said: “There is no doubt, in our judgment, that in 2021 the court and the parties would take steps to seek a postponement of the broadcast of a programme such as Red Under The Bed until after the trial.”

The judge added: “However, the question for this court is whether the risk that the programme may have been seen by one or more jurors renders the verdicts in the three trials unsafe. We have no doubt this is not the case.”

Lord Justice Fulford also said that “the criticisms, for instance, of the involvement of the Information Research Department and the apparent attitude of the then prime minister are irrelevant” to the appeal.

Tomlinson and Murray’s solicitor Paul Heron said after the ruling: “It is important to remember that following their convictions in 1973 they were blacklisted by the building industry.

“Many of the men could not find work and as a result suffered more punishment.

“Whilst we understand that the court was unwilling to consider the wider issues regarding the involvement of the secret state, we are calling for a public inquiry into blacklisting in the industry, the role of the building industry bosses and the secret state.”