A nonagenarian former Canadian citizen, whose appeal against deportation was turned down by the Supreme Court in December, is suspected of involvement in the cruel mass murder of vulnerable children by a Nazi death squad. 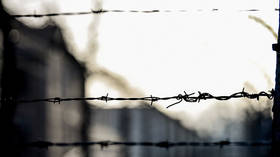 Russia’s Investigative Committee has asked Canadian law enforcement to provide legal papers related to Helmut Oberlander, who may have been involved in the mass murder of 214 residents of a shelter for disabled children in the Nazi-occupied Krasnodar region in 1942. The dreaded Sonderkommando SS-10a, a death squad tasked with culling racially impure or weak people under Hitler’s sick vision of German empowerment, herded kids into a mobile gas chamber and buried their bodies.

“In the 1940s and the 1960s several translators and other members of the Sonderkommando SS-10a were arrested and convicted,” the committee said. “But Oberlander fled justice right after the German capitulation and escaped criminal punishment.”

Nazi war criminal fights deportation from Canada for fourth time. Helmut Oberlander, 94, was stripped of his citizenship for lying about his Nazi activities after arriving in Canada in 1954. When will he face justice???https://t.co/rhYXVgkoZTpic.twitter.com/Q4EJluEzaI

The fugitive, who was born in Ukraine, hid his involvement with the Nazi death squads when he emigrated to Canada in 1954 and applied for citizenship. Ottawa launched the legal process of his denaturalization and deportation in 1995, but it proved to be a long one. Oberlander insisted that he was forced to work as an interpreter for the Nazi goons and was not personally involved in any atrocities.

In December 2019 Canada’s Supreme Court refused to hear the elderly man’s appeal over the decision to strip his citizenship, paving the way to deportation.

Russia relaunched a criminal case over the 1942 mass murder in October, saying such heinous crimes have no statute of limitations. The helpless kids, who lived in the port city of Yeysk, were slaughtered over the course of several days. Children were shoved into sealed trucks, killed with the vehicle exhaust gasses and buried in a mass grave. Their remains were exhumed the following year, after the Krasnodar region was liberated by the Red Army.

Most of the people who were tried for the mass murder were local collaborators, since the Nazi officers who were in charge of this and other atrocities retreated with the rest of the German troops. Sonderkommando SS-10a commander Kurt Christmann is an exception. He was identified while living in West Germany and tried in 1980, dying behind bars while serving a 10-year sentence.