Russia will impose tit-for-tat sanctions on the United Kingdom after London issued on Monday a list of 25 Russians who will be sanctioned over the case of Sergei Magnitsky, who died in custody in 2009. 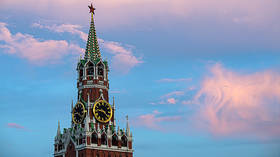 The UK’s ‘Magnitsky list’ includes Alexander Bastrykin, the head of the Investigative Committee of Russia, as well as other representatives of Russian law enforcement agencies, and judges.

Magnitsky died in a Moscow prison in 2009, eight days before he was due to stand trial for financial crimes. Since Magnitsky’s death, his former associate Bill Browder has courted governments to punish those he deems responsible. This prompted the US to adopt the original Magnitsky Act in 2012, which allowed the US to sanction numerous Russian officials and businessmen over alleged human rights violations. Browder, a hedge-fund manager who gave up his US passport to avoid paying taxes, alleges that Magnitsky was tortured and did not receive necessary medical care for gall stones and pancreatitis. Browder has been accused by German magazine Der Spiegel of fabricating parts of Magnitsky’s story. He is currently wanted by Russia for a long list of crimes, including tax evasion, creating a “criminal community,” and murder.

People on the latest list are prohibited from entering and doing business in the United Kingdom, and all of their assets located inside the country will be frozen.

Although named after Russian auditor Sergei Magnitsky, the list is not exclusively aimed at Russians, but people from all around the world deemed to be guilty of human rights violations.

“We can only regret such unfriendly steps,” said Dmitry Peskov, spokesman for Russian President Vladimir Putin. “Of course, [there is]the principle of reciprocity, and, in response, some kind of decisions will apply, to the extent that it meets the interests of the Russian Federation.”

Details of the exact measures have not yet been announced.

Responding on Facebook, the Russian Embassy in the United Kingdom called the newly imposed sanctions a mere “public move,” expressing that they are particularly appalled at the decision to sanction Russia’s prosecutor general, the head of the Investigative Committee and a selection of judges.

“Russia reserves the right to respond to today’s unfriendly decision by the UK on the basis of reciprocity,” the statement said.