The dreaded second wave of coronavirus in Russia can be avoided if safety measures are observed, according to Russian Deputy Prime Minister Tatyana Golikova, who has fronted the country’s response to the pandemic. 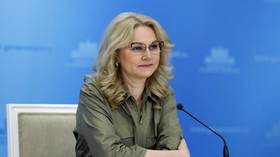 READ MORE: Back in business? Moscow economy almost back to normal as capital lifts lockdown

Meanwhile, Moscow’s Department of Education has firmly denied media reports that self-isolation rules will again be introduced in the capital on September 20. The department slammed such speculation as provocative and untrue.

“The department did not give any instructions on working in isolation mode in September,” its press service said, adding that restrictions in Moscow are being gradually lifted, and that “from June 23, Moscow kindergartens start to work as usual.”

Officials also pointed out that the new school year is planned to start as normal, with a standard schedule.

Speaking to reporters, Golikova stressed that the coronavirus, like other infections, will continue to circulate. “I don’t think that if we follow all safety measures, we should be waiting for a second wave,” RIA Novosti quoted Golikova as saying.

At the end of May, the head of Rospotrebnadzor, Anna Popova, warned that there could be another surge in Covid-19 cases, following the pattern of the second SARS wave in the autumn of 2003.

Virologist Anatoly Altstein believes the virus “could weaken in terms of its lethal effect,” but that a second wave in Russia has “almost 100%” probability. Another expert, Professor Viktor Zuev, agreed that in “late autumn COVID-19 may return.” 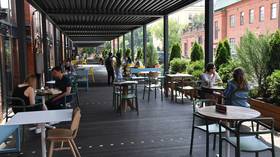