The Russian visa process is notoriously difficult and off-putting for many mulling a visit to the world’s biggest country. Now, there’s some good news for those with Russian family members as Moscow moves to make the task easier. 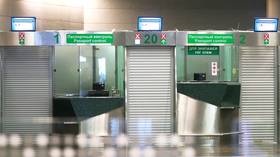 According to Deputy Foreign Minister Yevgeny Ivanov, the government is currently working on a bill that would enable the issuance of long-term visas for relatives of Russian citizens.

“The validity period of multiple-entry private visas will be increased to one year, and, with such visas, it will be possible to stay in Russia throughout the year, without any restrictions,” he said.

If adopted, a close relative will be able to obtain a visa based on a letter from a Russian family member, instead of going through the current process of receiving an invitation through the Ministry of Internal Affairs.

“[A close relative] is a spouse, children (including foster children), full- and half- brothers and sisters, grandchildren, parents, and grandparents of citizens of the Russian Federation.”

Russia has already begun the process of liberalizing its visa scheme, introducing eVisas and a visa-free regime for citizens of certain countries. From January 2021, citizens of 113 nations will be able to enter Russia without the need for a paper visa, including those from the EU, China, Japan, India, and Turkey.

As well as simplifying the process for those with Russian relatives, the foreign ministry is also working on an initiative to give foreigners a free visa if they were prevented from visiting in mid-March due to Covid-19..