Two policemen and one civilian have been injured after a shooting in Moscow. According to reports, the people were injured after being fired at from a taxi on Leninsky Prospekt, one of the city’s main arteries. 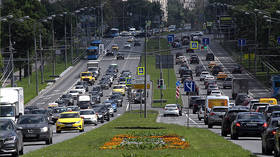 According to sources for news agency TASS, the driver jumped out of the car and shot one of the policemen in the face, and the other in the leg. One is in a serious condition, the other officer was able to detain the attacker, despite being shot at.

“In total, the attacker fired at least 10 shots. Despite having an injured leg, the second traffic police officer was able to use his service weapons, injure the attacker and detain him,” the source said.

Investigators have opened a criminal case for an ‘attempt on the life of a law enforcement officer’.