Barely more than a third (37%) of Russians think their country is still a superpower, and only 31% think it’s important to have such a status. That’s according to a new survey on the public’s attitude to their place in the world. 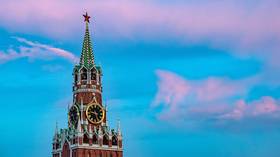 In just six years, the percentage of Russians believing that the country should strive to reclaim the USSR’s superpower catchet has dropped from 42% to 31%, according to state-backed pollster VCIOM. In 2020, more people think Russia should aim instead to be “one of the top 10-15 economically developed and politically influential countries in the world,” with a focus on a high standard of living, social policy, and peace.

When asked if the country is on a trajectory to become a superpower again, just 29% said it would happen within the next 15-20 years. This is a marked change from 2014, when this opinion was held by a majority (54%).

The 2014 survey was conducted in early April, just a month after Crimea was re-absorbed into the country. Six years later, the Crimean boost seems to have faded, and now Russians appear to have different priorities.