Russia will introduce Moscow’s controversial facial recognition camera system to ten other cities around the country. The installation cost in each municipality is estimated to be between 100-110 million rubles ($1.2-$1.4mn). 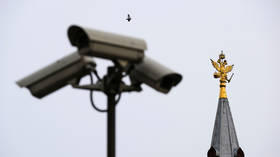 According to newspaper Kommersant, Russian company NtechLab, a partner of Moscow’s IT Department, is launching pilot projects in 10 of the country’s regional centers. For example, it will install 3,000 cameras in Nizhny Novgorod, Russia’s sixth biggest city. The company refused to name the other nine, in order not to disrupt future negotiations.

In Nizhny Novgorod, cameras will be installed at bus stops, public spaces, and building intercoms. Located in European Russia, the city is about 400km east of Moscow, and less than a four-hour train ride away.

“Some of them will begin working before the end of 2020,” Alexander Kabakov, co-founder of NtechLab, said. “More than 350 bus stops will have four cameras, and two or three of them will have a face recognition function.”

In the future, the tech will be use to predict congestion and flow of public transport.

Moscow has one of the most extensive and sophisticated surveillance systems in the world. Launched in 2017, it has over 193,000 cameras installed around the city. In April, Moscow’s facial recognition system made international headlines after being used to catch residents leaving their apartment during the Covid-19 lockdown.

Despite the all-seeing nature of facial recognition technology, a survey of Moscow residents this summer discovered that 47 percent of the city supports the system, explaining that they help to combat crime (70 percent). The city’s surveillance is set to grow further, with 1.4 billion rubles ($20 million) allocated for equipping the city’s metro trains with cameras.

Earlier this month, a Moscow woman announced that she would sue the mayor’s office for 100,000 rubles ($1,300), after claiming she was able to buy accurate data on her own movements throughout the city on the dark web, leaked from the city’s single storage center where all camera footage is recorded. The allegations have been refuted by Moscow’s Department of Information Technology, which claims that recordings by the city’s surveillance system are just “pictures” and do not contain citizens’ personal data.