American democracy is in peril. Russiagate, Stormy Daniels, a politically motivated impeachment… the repeated coups d’états to try to remove an elected president, all show that Democrats will stop at nothing to overthrow Trump. 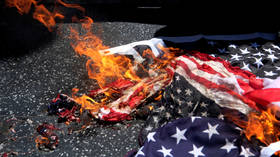 The Democratic Party and its willing cabal of party activists will do anything in its power to get rid of Donald Trump. This cabal works hand in hand with their friends over at the fake news media who report that the widespread rioting, race wars, looting and arson are nothing more than “peaceful protests.” The stark choice on offer for the 2020 US Presidential election is a modified Trump or Biden’s unknown handlers.

Documents declassified by the Director of National Intelligence John Radcliffe and released last week are excellent examples of this cabal in operation. These prove that in 2016, the top law enforcement agency in the USA, the Federal Bureau of Investigation, used “defensive briefings” to illegally spy on the president-elect to help further the fatuous and baseless Trump/Russia allegations. Were Obama and Biden involved? This was a coordinated attempt to stage a coup d’état against the 45th democratically elected president of the United States of America, Donald J Trump.

Al Capone would be proud – Chicago is the corrupt, crime-infested murder capital of the US, a glimpse of a dystopian future

America needs to understand that intelligence and ideological zealots posing as “Mueller prosecutors” sought to railroad Trump in an effort to delegitimize his presidency. One “prosecutor” Andrew Weissmann, who was an open supporter of Hillary Clinton in 2016, suppressed exculpatory evidence and acted on political bias and animus in the prosecutions of General Michael Flynn, Roger Stone and Paul Manafort on mostly process crimes – some of which were illegitimate. Yet, the alleged Joe and Hunter Biden pay-to-play corruption scandals involving Ukraine and China were never properly investigated and received a “get out of jail free pass.” It’s dual justice – one set of rules for thee and another for me. Is this equal justice? US Attorney General Barr and Mr Durham. WHERE ARE YOU?

The punchline: Weissmann will not give up on his silent, illegal coup. He is scheduled to publish a “beat my thirty million+ dollar dead horse Russia, Russia, Russia with a stick, story book” in the lead-up to November’s election.  The east and west coast echo chambers will love it, as will the fake news media.

Russiagate wasted nearly forty million taxpayer dollars. The real criminals in the FBI, CIA, DoJ, State Department and even the judges of the FISA court who played an active role in a plot to overthrow a democratically elected government were never held accountable. It’s another example of America’s rigged dual justice system. No, you cannot trust the FBI or the DoJ.

If you are a member of the Republican Party, you are guilty; if you belong to the Democratic Party, you can do anything with impunity. For example, the entire “Me too, believe all women movement” ended the second that creepy Joe Biden was accused. Apparently, a woman is only “credible” if the allegation is against a Republican.

We need to understand that we are at a critical point in history. The USA has entered a dangerous, chilling period that could, in a flash, lead to a race war or a civil war. Partisan politics and political power aimed at getting rid of Trump at any cost and by any means has resulted in mob rule and violence in a number of Democratic-led cities. This is costing lives. Do all lives matter?

Anything Trump wants to do is and will be fought with an eye to winning the presidential election. Just look at the controversy around school openings. There is not one documented case anywhere in the world that identifies a child as transmitting Covid-19 to a teacher – but that doesn’t matter. Trump wants to open the schools, so it must be a bad idea. The “party of science” is willing to dismiss Covid-19 facts if it will help them win the election.

Why do teachers want schools closed? Well, 71 percent of teachers voted against Trump in the 2016 election and less than 10 percent of college professors are conservative. Why are all schools, sporting events, and other large gatherings canceled with the exception of anti-Trump riots, looting and arson led by ANTIFA and BLM? Democratic activists in the teachers’ unions across America seek to foster fear, hate and terror, so voters will demand change – even if it comes in the form of a candidate who appears to have Stage-four dementia. This hypocrisy is extraordinary.

Trump has exposed the cabal and fake news media for what it is: a biased extension of the Democratic Party hell bent on creating division rather than the unity America needs. No one can predict the future with 100 percent certainty; however, it is highly likely that there will be no winners in this election. It follows that the world will not be a safer, happier place unless we get real change and not Dementia Joe’s brand of Marxism that he got direct from Bernie Sanders and the real leader of the Democratic Party and “squad,” Alexandria Ocasio-Cortez. 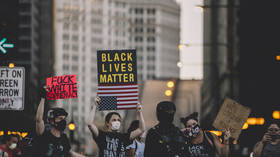