At times drumming up the publicity needed to generate funds turned out to be harder than the actual mountain-climbing, writes Dermot Behan.

I AM NOT a celebrity. I haven’t written a book. I’m not a sports star. I’m not even an Instagram influencer. And thankfully, I don’t have a sick child.

Nearly ten months into a lockdown-interrupted challenge to raise funds for LauraLynn, however, I’m now a pretty experienced hiker and hillwalker.

Back in January, I decided to climb the 50 tallest peaks in Ireland to raise much-needed cash for Ireland’s only children’s hospice.

The fact that I’m none of the things listed above meant that in the early months of my attempt raising money – and essential media/social media attention – turned out to be more of a struggle than, say, the arduous but relatively straightforward task of climbing a 1,000 metre peak.

But I learnt a few things over the summer and I’m happy to report, as I prepare to summit my last peak (the mighty Carrantouhil) this Saturday, that I’ve managed to raise a pretty healthy sum at this stage.

I figured it might be helpful, here, to share some hints and tips I’ve picked up for anyone embarking on a similar charity challenge.

LauraLynn is a place very dear to my heart. I discovered them in 2017 when I was running the Dublin Marathon and looking for a charity to raise funds for.

While the HSE funds other aspects of its service, the hospice itself is financed largely through public donations. The figure they need to raise this year is around €4.5 million.

I was trying to come up with a charity challenge for LauraLynn late last year. I wanted something a bit crazy – something that would get people’s attention.

I wanted it to last most of the year, so that I could hopefully build some momentum and raise an amount of money that would be of substantial help.

‘Climbing mountains is tough and a bit crazy’, I thought to myself. 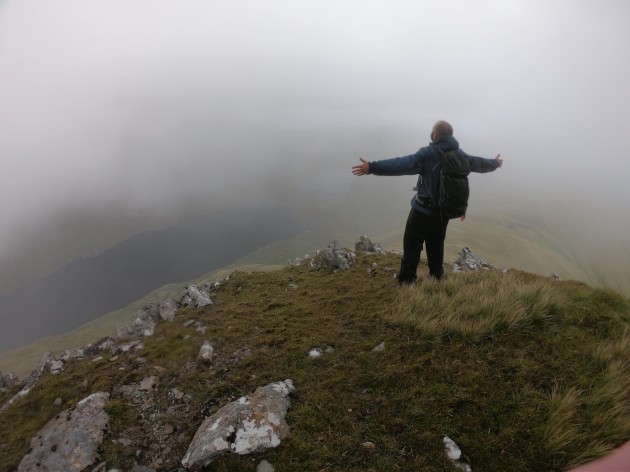 Some obstacles to overcome

Apart from the physical challenge of climbing lots of mountains in Irish weather, there was the whole ‘global pandemic’ issue.

Living in Kildare, my efforts have been frustrated at various intervals – first of all in March, when the national lockdown hit, and then again in August when we were hit with local restrictions and I wasn’t allowed cross county boundaries.

Kildare is very flat indeed (it’s famous for it, in fact) – so I didn’t have any mountains to hike while being grounded.

The other big issue has been getting some press, which is a massive part of raising funds.

Setting out, I thought that surely climbing 50 mountains in 50 weeks for an incredible charity would be enough to get into papers, on the radio – maybe even a cheeky slot on the telly?

Although I have had some lovely newspaper articles written about the challenge, media outlets have hardly been beating a path to my door.

As part of my strategy, I reached out to pretty much every Irish celebrity, sports star, or Instagrammer in the hopes of drumming up some publicity. In the end, I basically contacted anyone who tweets a lot to invite them up a mountain.

Turns out – perhaps this won’t come as much of a surprise – it’s difficult to convince a stranger to come climb a mountain with you. But at the very least I managed to get a retweet or mention from a few of the people I reached out to.

It’s also hard to get much publicity if answering in the negative to the first five questions anyone asks (I’ll refer you again to the start of this article).

While not having a public profile or the right sort of ‘hook’ for TV and radio producers has been a hindrance in terms of generating coverage, I’ve also learned plenty of positive lessons.

Here are five things I learned about how to reach out for help:

I’ve had huge support. Plenty of old friends came out to walk with me or donate to the cause. But at the end of the day, nobody can climb the mountains for me.

I’ve done a huge number of them alone. It’s been a lot of work driving long hours all around Ireland, running social media, filming and editing videos for each climb, trying to get sponsorship and encouraging people to come along with me, while also trying to preserve their safety up there.

There have been some climbs that I’ve found psychologically tough, and for me, that’s sometimes harder than physically tough ones. Mweelrea and Ben Lugmore in Co Mayo  come to mind. The narrow ridges between the two peaks have sheer drops on either side. People have lost their lives up there. It’s not hard to see how. A howling wind blew as we  edged our way along those ridges in a near-constant state of anxiety.

One huge plus in the ’50 Peaks’ challenge was getting out around our island and reconnecting with the Irish people. It doesn’t have to be expensive – I’ve stayed in budget Airbnbs and hostels for certain hikes.

Most Irish people will support you and offer all their help and guidance if you ask. Connecting with people in person and through social media has been a huge help to this challenge, and to me during an otherwise isolating pandemic.

On 5 January this year I climbed Moanbane in Co Wicklow. Since then, I’ve learned more about Irish mountains, Irish people and Irish weather than I ever imaged I would. 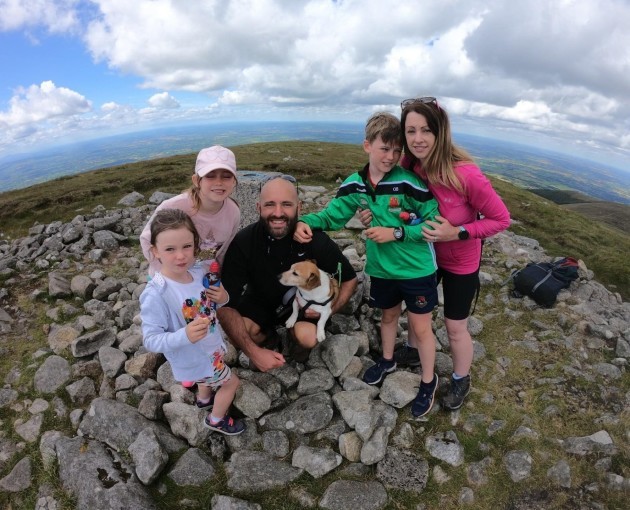 Climbing Mount Leinster with my sister and her kids, my brother, my dog Dougal and
some of my closest friends and their kids has been my personal highlight.

They take care of children with life-limiting conditions – symptom management, end-of-life care and bereavement support. They offer respite and crisis care support to children with profound learning disabilities and their families.

Visiting the hospice in 2017, prior to running the marathon, had a huge impact on me. After the tour of their facilities, I thanked the staff, sat in my car, and cried.

I don’t think anyone could visit their incredible facility and come out unchanged. It may sound like a cliché, but climbing 50 mountains is nothing compared to what the families in the care of LauraLynn face.

Because of Covid-19, the majority of LauraLynn’s fundraising events had to be cancelled and curtailed, leaving the hospice with even less money this year. The donations for 50 Peaks in 50 Weeks so far have ranged from a tenner to €500 plus, and every penny is appreciated.

Dermot Behan has raised over €11,000 for LauraLynn through his 50 Peaks in 50 Weeks campaign. He’s seeking donations and corporate sponsorship for his last climb this Saturday on Carrauntoohil. His donation page closes on 26 September. You can donate here or contact him at [email protected]