I used to watch a lot of baseball, hockey and American football but, like tens of thousands of others, I’ve stopped. None of us can stomach the spectacle of all the disgusting social justice bullcrap that’s on show. 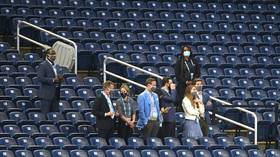 In this time of Covid and limited entertainment choices, it would have been nice to escape, with an NFL game, an NBA game or sports in general.

But I, like millions, have passed on the opportunity and will continue to do so. I have successfully avoided all the baseball games and for me – a big hockey fan – avoided every single playoff game and now football can give up my seat, too. I’m done. There are more important things to do with my time and money.

When I was younger, it was NFL movies that made football come alive for me. The combination of music and film created drama, humor, sadness, excitement, and fantasy for what a boy could become: the hero. There was a grittiness to those films, or was it just a graininess? They almost had the look of World War Two footage.

Then things changed. With technology, sports, in general, were presented looking slick and clean. All the angles were covered. They were capturing the sights and sounds of the game.

It became too big, too much of a business. With football, in particular, we were saturated with it. If you didn’t pay attention, you never realized how you had been manipulated to buy ALL of the NFL packages. The NFL owners were telling cities to build stadiums for them. So many people became addicted to the drug of sports. The Super Bowl Party became a ‘Thing.’ Fans were buying overpriced merchandise. We became too absorbed by the spectacle.

But ‘they’ have now killed their own Golden Goose. Football is the best team sport ever devised in America, in the sense that it takes the most aggregated talent working in harmony to achieve a common goal. It was fun to play, fun to watch, and a great escape from the mundane. No more. Now it is reduced to part-time activists who can’t tell you what they are precisely protesting.

Just like everything else that Leftists touch, they have killed football. It may wither on the vine slowly, but it will never again be what it has been. Those who wish to be our political masters have taken the least intelligent, but athletically gifted, among us, and turned them into witless pawns in a political battle for supremacy. And with that, the weekend warriors we loved to watch will fade away, eventually leaving its would-be stars to languish in deadly ghetto streets, killing each other with guns and drugs, rather than becoming idols and millionaires in helmets and pads.

I’m just glad I got to play the game when it was a fun and a healthy challenge for real men.

Many blame this on NFL Commissioner Roger Goodell’s spineless backbone, and that may be one aspect of it, but he shouldn’t get the entire blame. It’s quite clear that the NFL Players Union calls the real shots in the league.

It’s the antics of the performers on the field which is driving the NFL into the ground in terms of its appeal and popularity. The empty stadiums of 2019 would be even more so in 2020 if it was not for Covid.

It’s not inexpensive to attend an NFL game. It’s reached the point that most fans are television fans anyway. So with all the garbage virtue-signaling going on during the television broadcasts, it’s a big “why bother” for most NFL fans. So the ratings fall into the toilet.

Wayne Dupree: Americans have seen this Obama-Biden team before and chose to vote in Trump. And you know what? They’ll do it again

This has already seeped into the college ranks, too, unfortunately. I have given up on my college Alma Mater, the University of Kentucky, because the Men’s Basketball Coach, John Calipari, and the Head Football Coach, Mark Stoops, have BOTH come out in support of the BLM organization. I will NOT support a school, even my own, that supports Marxism/Communism/anarchy and teaches young men to do the same.

American football was already in a slow death spiral anyway, due to the significant increases in concussions and other severe injuries (Goodell and the other leftists are simply administering the coup de grace). Thanks to steroids and endless weight training, players have become too big and too fast. Force = mass x acceleration, and both have increased to the point where the game cannot be played safely, regardless of the rules or equipment. William ‘The Fridge’ Perry, was an anomaly as a 300lb NFL lineman in 1985; now linemen routinely average 305-315lbs in college.

As a result, more and more parents are saying “no” to their sons playing football. Pop Warner leagues for youngsters are folding, and small high schools are dropping the game, both due to lack of players. Soon the shortage will hit the college game, then the NFL.

Frankly, it doesn’t matter what Goodell does at this point. After he puts his imprimatur on racism, hate and division, pampers spoiled rich athletes, lies, disrespects our nation/flag, and spits in the face of Americans – it’s over. There’s no going back.

Meanwhile, cops are being hunted down, shot, and celebrated for their executions by supporters of the BLM movement the NFL and the NBA and their players pay homage to. The NFL & NBA have politicized their games to nauseating levels of pandering to the negro street mythology of anti-cop hatred.

Entertainers, whether actors or athletes, have one job – to entertain us, just like the court jesters of long ago. And, when the King (us) no longer finds his jesters funny, the jesters must go. Period. What King would sit and listen to the jesters berate him for what he does? None. And neither will we. These high-paid, pampered crybaby sports stars have no skills other than running, bouncing or throwing a ball. It is high time they feel the economic reality of their actions, just like those of us in the real world. If I don’t perform for my boss, he lets me go. 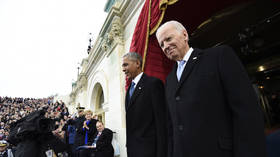 Share. Twitter Facebook Google+ Pinterest LinkedIn Tumblr Email
Previous ArticleChristchurch shooting: mosque gunman sentenced to life without parole
Next Article Yuengling Beer May Be Coming To A Store Near You Thanks To Molson Coors