When Portland Mayor Ted Wheeler went out to protesters and, despite getting verbal abuse and calls to resign, sided with them against the president, he became complicit in the destruction of the city he had been entrusted with. 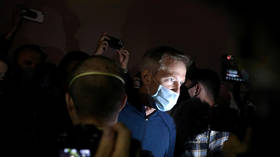 Last week, Ted Wheeler said: “President Trump has used our city as a staging ground to further his political agenda, igniting his base to cause further divisiveness. Mr. President, federal agencies should never be used as your own personal army.”

That was from an afternoon press conference last Friday. A couple of nights ago, he decided to walk among the anarchists to have a chance to speak to them, and guess what? The atmosphere that he and his progressive cohorts have created smacked them right back in the face. They didn’t accept him or his rhetoric of peace, because these Constitution haters are not about bringing the country together but about bringing it down.

Don’t get it twisted; the Mayor was part of a riot, not a protest. This is quite evident in the videos. Anyone remaining on the scene when violence is happening is complicit in this matter, especially after 50 days of attacks upon a federal building.

Let’s not forget that it was Wheeler who let the federal building in Portland be vandalized. It was he who refused President Trump’s offer to help quell the rioting. Instead of working to diffuse these anarchists, Wheeler tells the federal employees to leave and clean up the graffiti.

Are we now supposed to feel sorry for Wheeler getting gassed? Allowing these crimes to happen makes him an accomplice in this insurrection and treason. And so is the Portland City Council, which adopted new policies on Wednesday banning all local police bureau members from working with federal law enforcement and prevents them from intentionally arresting or using force on journalists and legal observers.

The worst thing you can do is repeat some of the nation’s mistakes by not having law enforcement agencies in tune with what is happening in real-time. The Portland Police should protest themselves, have their march, and threaten to walk off the job if this is the case. Support peaceful resolutions, do not support criminal conduct.

I think it’s fair to say that the president isn’t causing these riots; these Marxist mayors and governors are letting it happen while the commander-in-chief sends in forces to quell the insurrection as he has every right and power to do.

Every time I watch these videos, it makes me wonder. How does burning buildings, looting businesses and flat out killing people in some cases, further your cause? Racism? These protesters are literally defining and further cementing old stereotypes from years past. Who’s running this show? What’s their end game? If you want the absolute majority of Americans who AREN’T rioting to hate you and whatever the heck your cause is, then just carry on.

Someone threw a can at him, and people are chanting “Fuck Ted Wheeler,” but he has joined the front lines pic.twitter.com/JW0qWka2mX

To be legal, a group must apply for a permit for a group protest and have their march or group meeting accordingly. They may not merely form a group and march wherever they want. They are certainly not allowed to march into streets and disrupt traffic unless their permit specifically allows it. Martin Luther King always obeyed these permit restrictions. None of the protests by these liberal anarchists are legal or protected by the Constitution.

The city officials are posturing to give the impression they are all for the destruction of their own cities because it is the best policy for them, but even they should be able to tell the difference between peaceful protest and out and out anarchy. I hope no federal funds come to these cities when it’s time to rebuild from these riots. If the mayors are too self-centered to work with the government they dislike, the government should not haul them back from financial responsibilities that are theirs alone. Get a GoFundPortland going and see how much you raise from the people you are now bowing down to.

This is not going to end well. I am sick to death of the attitude that people can attack police or federal agents, and they should just take it. That means no one is safe anymore.

It is time that mayors either believe in enforcing laws and protecting life and property – or get the heck out. But I fear it’s too late for either. 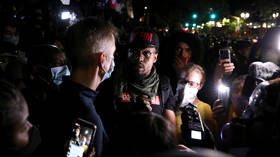