A deep-pocketed astroturf campaign has created the impression that Facebook users are up in arms about racism on the platform, but the ‘Stop Hate for Profit’ campaign is a naked political power-grab by the usual suspects. 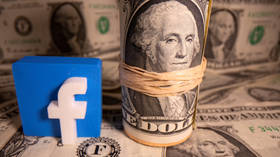 The campaign emerged earlier this month and has gathered a huge amount of support from corporations eager to check the Black Lives Matter box and burnish their image. But it’s not clear if these companies have looked into who’s behind the initiative, or what their intentions are. Stop Hate for Profit’s organizers appear less concerned with stopping “hate” than they are with muscling their way into Facebook’s boardroom and seizing the power to permanently silence political opponents.

Stop Hate for Profit’s website is operated by the Anti-Defamation League, an advocacy group notorious for its heavy-handed censorship tactics that has bragged about its involvement in YouTube content purges and regularly smears critics of Israeli policy as froth-mouthed anti-Semites. Listed co-sponsors of the campaign include activist organizations Color of Change, the National Hispanic Media Coalition, and a “media freedom” group called Free Press, which according to its mission statement seeks to “change the media to transform democracy to realize a just society.” In practice, that apparently translates to lending “free press” cover to ideologically-motivated censorship campaigns.

Because make no mistake, Stop Hate for Profit is ideologically-motivated, and its intention is censorship. All three of the aforementioned groups have at least one common financial backer: billionaire currency speculator George Soros’ Open Society Foundations. Soros has made no secret of the fact that he wants Facebook CEO Mark Zuckerberg out of the top position, penning a series of increasingly unhinged op-eds earlier this year accusing the social media tycoon of colluding with US President Donald Trump to get the latter re-elected. Soros repeatedly demanded not only that Zuckerberg be removed from power, but that Facebook be stripped of its Section 230 legal protections, treated as a publisher and not a platform – and thus rendered liable for any and all user-generated content.

Don’t make me repeat myself again! Soros threatens Zuckerberg must be removed from Facebook ‘one way or another’

It’s not too surprising, then, that this group of Soros-backed organizations just happens to have set its sights squarely on Facebook’s profitability. By taking aim at the 99 percent of Facebook’s profits obtained through advertising, the campaign has already exacted a beating on the company’s stock price, which tumbled 8.3 percent on Friday. Facebook’s value has plummeted $56 billion since the campaign started, kicking Zuckerberg off the world’s three-richest-people list and making the platform’s investors very unhappy.

The more Facebook’s poor performance can be tied to the actions of the CEO, the more likely investors are to send him packing – and Soros likely laughing all the way to the bank.

Zuckerberg has stubbornly refused to fact-check political advertising on his platform, even as Facebook subjects all non-politicians’ speech to microscopic examination by ideological crusaders loaded down with their own baggage and conflicts of interest, allowing Trump and other conservative politicians to buy their way into voters’ hearts without fear that some Soros-funded fact-checker will ruin the moment. This – not some epidemic of “hate speech” – is the problem Stop Hate for Profit is most determined to fix.

The campaign’s answer to the question of “hate speech” on Facebook is multifaceted, but all the solutions it comes up with end with groups like the ADL gaining absurd levels of power within the immensely profitable platform. They demand Facebook submit to “regular, third party independent audits of identity-based hate and misinformation” – presumably to be conducted by the ADL or its affiliates – and refund money to advertisers whose content appeared next to material that was later yanked for violating terms of service.

And they want those terms of service to cover a lot more content – everything from “climate denialism” to “militia” are to be excised from the platform if Facebook wants its advertiser dollars back.

This isn’t the first time these same forces have united to demand Facebook preemptively shut down speech they don’t like under the guise of fighting “hate.” In 2018, the Southern Poverty Law Center – the ADL’s chief rival for the donations of wealthy liberals with enormous persecution complexes – urged tech platforms to allow “individuals and organizations” (like the SPLC, presumably) to “flag hateful activities” as well as “groups and individuals engaged in hateful activities” so that they might be speedily ushered off the platform. The SPLC’s partners in this endeavor? Color of Change, Free Press, and the National Hispanic Media Coalition.

Not everyone who’s signed on to Stop Hate for Profit is necessarily in it for the censorship, of course. Some corporations no doubt think they’re actually doing something good. But ironically, some of the participants don’t appear to actually be pulling their ads from Facebook at all, as Gizmodo discovered last week. Companies eager to be seen as taking a stand against Facebook have pulled their most obvious ads, but apparently left in place advertising deals through the Facebook Audience Network, which displays ads targeted based on Facebook activity across third-party apps, or continue to advertise with Facebook subsidiary Instagram.

It’s only fitting that a campaign that is at its heart a pantomime of caring about marginalized groups should be met by a pantomime of corporate activism from its real targets – Facebook’s investors. Soros has spoken, will Zuckerberg be pried loose from the CEO’s chair? 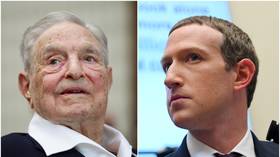