The United States has strongly backed New Delhi as tension rises between India and China amid stalled border talks. But Washington has its own motives for encouraging aggressive action from the Indians. 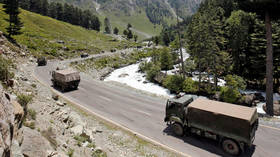 Following a bloody confrontation between Indian and Chinese troops at Galwan Valley in Eastern Ladakh on June 15, attempts to reduce tensions by the two sides seem to have reached a deadlock, even though a broad “consensus to disengage” has been reported.

Little else is known of the ongoing military or diplomatic talks as troops from the two countries stand face to face along at least four points on the disputed 3,500-kilometer Line of Actual Control or LAC – Pangong Tso, Galwan Valley, Hot Spring and Depsang.

What is clear, though, is that the United States is taking a keen interest in events. As tensions between the US and China escalate, the Americans have very publicly given their backing to the Indians.

While this has emboldened New Delhi, the US’ motives are clearly aimed at countering China, and this dispute gives them the perfect opportunity to ratchet up pressure on Beijing.

Open-source satellite imagery indicates that both sides have assembled a massive build-up of forces in anticipation of further escalations.

On the Chinese side, there’s a collection of tanks, armored vehicles and artillery close to the location of the last conflict. Similarly, India has mobilized thousands of additional troops to areas along the border over the past two weeks.

Furthermore, the Indian Air Force (IAF) has deployed several frontline aircraft, including the Sukhoi Su30-MKI, Jaguar, Mirage 2000 and Apache attack helicopters, to its air bases close to the LAC.

At the same time, the Indian Navy has stepped up surveillance efforts in the Indian Ocean region and conducted a “symbolic” naval exercise with Japan, a potential ally and key member of the Quad.

Additionally, New Delhi has also initiated measures to expedite weapon procurements including the S-400 ballistic missile defense system and critical spares from Russia, state-of-the-art Rafale fighter planes from France, an Israeli air defense system and precision artillery rounds from the United States. All these preparations clearly suggest that both India and China are keeping all options open and prepared for a drawn out battle of nerves.

The mood in New Delhi seems slightly belligerent and there is a growing consensus that the government should respond forcefully. A senior official was recently reported to have stated that while the government does not want an escalation, it would not yield to China, stressing, “We are not going to step back, we will take them on.”

This feeling could stem from the fact that over the past few weeks, as the Indian troops have dug in at Ladakh, support for India from all major powers – and the US in particular – has grown.

The US Secretary of State Mike Pompeo recently spoke of reprioritizing and reallocating US defense with a view to countering China’s extant security challenge to India and its aggressive behavior in the South China Sea.

The latter has impacted several countries in Southeast Asia; there has been the subjugation of Hong Kong through the newly enforced national security law, recent violations of Taiwanese airspace and naval incursions around Japan’s Senkaku Islands.

This is probably the first time that the Sino-India border has been mentioned in the same breath as the South China Sea disputes. Significantly, in a show of force and support for its allies – for the first time in about three years – the US has deployed three US aircraft carrier strike groups in the Indo-Pacific zone.

The background to this is, of course, the deepening US-China rift which is seen by many as the start of a new cold war, with the contours of a US-backed alliance slowly taking shape.

Faced with a massive global backlash from its handling of the Covid-19 pandemic, Beijing finds itself isolated, including by Russia, which has maintained a pro-India stance, even promising to expedite supply of military hardware to India despite Chinese pressure.

China has also recently received a rebuke from the 10-nation Association of Southeast Asian Nations (Asean) states over its stance in the South China Sea, with the bloc jointly calling upon Beijing to settle the territorial disputes in accordance with international law.

Still, China has not shown any inclination to de-escalate tensions. On the contrary, Beijing has upped the ante, blaming India for the clashes and claiming it is trying to take advantage of China’s difficult post-pandemic situation.

Some experts see the current confrontation as the culmination of a long-standing boundary dispute, a clash of national interests in the region, chiefly New Delhi’s objections to China’s Belt and Road Initiative and Chinese opposition to India’s global aspirations (with support from the US).

In many ways, the dispute is no longer about controlling the barren mountainous region, but about a larger China-US contest for global domination.

The current crisis has many similarities with the events that led to the 1962 India-China War, when the Chinese inflicted a humiliating defeat on Indian forces.

Many in India believe that China may yet try to push India to negotiate a border settlement or engage in a war. Although India is in a much better position than 1962, the overall military balance lies in China’s favor, given its significantly larger defense budget.

However, growing international support and backing from the US seems to have influenced strategic thinking in New Delhi and many believe the timing could just be right to respond aggressively to the Chinese military.

This has heightened tensions – and could lead to India becoming the first significant proxy in the US-China cold war. 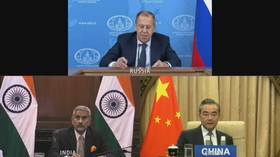 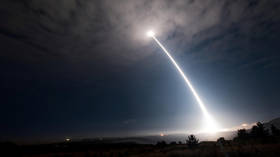 Share. Twitter Facebook Google+ Pinterest LinkedIn Tumblr Email
Previous ArticleKatie Taylor demands ‘no more excuses’, which is all she usually gets from Amanda Serrano
Next Article US Coronavirus Situation Is ‘Very Serious’ And ‘Window Is Closing’ To Control It, Azar Warns