The cacophony of noise generated in the wake of the attack on the Russian opposition figure is drowning out the reality. As Angela Merkel has always maintained, the German-Russian gas deal is purely a commercial project. 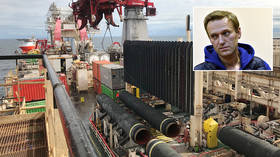 Nord Stream has always had the ingredients to drive sober-minded Germans emotional. I remember energy conferences in Germany back in 2006 when already the idea of such a gas pipeline as a direct connection from Russia to Germany provoked deep political rows, not just in Berlin but across the EU.

Conservatives disliked it for the simple reason that it was a “Schröder thing,” the legacy of social democrat Chancellor Gerhard Schröder, who lost the election of September 2005 to Angela Merkel. Schröder had negotiated the project with his good friend, President Vladimir Putin, and then chaired the company in charge of implementing it.

Around that time, I was invited to an energy conference in Munich by the conservative think tank, the Hanns Seidel Foundation, managed by the Bavarian party CSU, the traditional junior partner of the ruling CDU in the government. The bottom-line of the debate on Nord Stream was negative, with the consensus being that the German-Russian pipeline would lead to the implosion of a European common foreign policy and damage the EU’s energy ambitions.

I attended many other such events across Germany, from parliament to universities, and listened carefully to all the arguments. The feelings towards Nord Stream were much more benign at meetings held under the auspices of the SPD.

But over the years, the rift between different political parties evaporated, and a consensus emerged which supported enhanced energy cooperation between Berlin and Moscow. Politicians of all shades defended the first pipeline, Nord Stream 1, after it went operational in 2011, bringing Russian gas directly to Germany under the Baltic Sea.

They also enthusiastically supported the creation of the second, Nord Stream 2, better known by its acronym NS2. This $11bn (£8.4bn) 1,200km pipeline is almost finished and was due to go online next year.

But now, in the very final stage of construction, everything has been thrown in limbo thanks to the alleged poisoning of Russian opposition figure Alexey Navalny.

NS2 has always been controversial. Critics, such as the US and Poland, have argued that it makes Germany too reliant on energy from a politically unreliable partner. President Trump last year signed a law imposing sanctions on any firm that helps Russia’s state-owned gas company, Gazprom, finish it. The White House fears NS2 will tighten Russia’s grip over Europe’s energy supply and reduce its own share of the lucrative European market for American liquefied natural gas.

These sanctions have caused delays to the project. A special ship owned by a Swiss company menaced with sanctions had to be replaced. And prior to that, various legal provisions were brought up by the European Commission that had to be fulfilled by the companies in retrospect.

Now the case of Navalny, currently being treated at a Berlin clinic after being awoken from a medically induced coma, has thrown everything up in the air again. It has triggered a political cacophony that threatens relations between Germany, the EU, Russia, and Washington. And at the center is the pipeline.

‘Fraught with consequences for Russian-German relations’: Moscow furious with Berlin over lack of cooperation on Navalny

Various German sources, among them laboratories of the armed forces, have alleged that Navalny had been poisoned with the nerve agent Novichok. Foreign Minister Heiko Maas (SPD) stated in an interview published on Sunday by Bild: “I hope the Russians don’t force us to change our stance on Nord Stream 2 – we have high expectations of the Russian government that it will solve this serious crime.” He claimed to have seen “a lot of evidence” that the Russian state was behind the attack. “The deadly chemical weapon with which Navalny was poisoned was in the past in the possession of Russian authorities,” he insisted.

He conceded that stopping the almost-completed pipeline would harm German and broader European business interests, pointing out that the gas pipeline’s construction involves “over 100 companies from 12 European countries, and about half of them come from Germany.” Maas also threatened the Kremlin with broader EU sanctions if it did not help clarify what happened “in the coming days.” Russian Foreign Minister Sergey Lavrov responded by labeling the accusations “groundless” and Moscow has staunchly denied any involvement in the affair.

The whole matter is complicated by domestic political considerations in Germany. CDU politician Norbert Röttgen, who heads up foreign affairs within the ruling party and has demanded that the pipeline should be stopped, is among those conservatives vying to lead the CDU in the run-up to Chancellor Angela Merkel’s retirement next year. Meanwhile, Merkel is still trying to strike a balance between the country’s legal commitments, her well-known mantra that NS2 is a “purely commercial project,” and what is now a major foreign policy crisis.

The chancellor had always focused on the business dimension. But most large energy projects also have a geopolitical dimension, and that certainly holds true with Nord Stream.

When I was Austria’s foreign minister, I saw first-hand the recurring and very harsh criticism of the project by US politicians and officials. I remember the US secretary of state, Mike Pompeo, in a speech at the margins of the UN General Assembly in September 2018 that focused solely on NS2. I replied by pointing out to him that pipelines are not built to annoy others, but because there is demand. One thing was certain – the US opposition to Nord Stream would not wane and now the Navalny case has given it new impetus. What we are witnessing is a tremendous politicization of the pipeline with a wide range of people all shouting very loudly.

Diplomatic confrontation instead of solution

So here we are, in a very poisoned atmosphere where it might be difficult to revise positions without losing face. The social democrat Maas, just like the conservative Röttgen and many others, have taken to the media for different reasons. In my observation, it might have to do with their respective desires to take a strong position in order to also mark their upcoming emancipation from the political giant Merkel (she is due to step down next year).

Due to her professional and empathetic handling of the pandemic, she is today much more popular than before the crisis. That makes it difficult for a junior partner, represented by Foreign Minister Maas, and for all those who wish to challenge her inside the party.

What is needed is to get the topic out of the media and out of the to-and-fro of daily petty politics. Noisy statements might serve some, but not the overall interests involved. And there are many at stake. It is not only about energy security in times of transition, namely moving away from nuclear, but much wider matters.

As a legal scholar, I deem the loss of trust in contracts. Vertragstreue, as we call it in German – loyalty to the contract – will be the biggest collateral damage if the pipeline is abandoned for political reasons. This fundamental principle of every civilization was coined as pacta sunt servanda by the Romans – agreements must be kept. Our legal system is based on this. Who would still conclude contracts of such volumes with German companies if politics can change the terms of trade overnight?

In June 2014, construction sites on the coasts of the Black sea, both in Russia and Bulgaria, were ready for starting the gas pipeline South Stream. After pressure from the European Commission, the work never started. The political reason was the dispute on Ukraine – in particular, the annexation of the Crimea. However, the legal argument was that the tenders for the contracts were in contradiction with EU regulations on competition. Tens of thousands of work permits, which had been issued from Bulgaria to Serbia etc., were withdrawn. The economic consequence was the rise of China’s influence in the region. South Stream was redirected to Turkey.

So here we are in the midst of a diplomatic standoff. It is a genuine dilemma, but it could also turn into a watershed. Will contracts be respected or will we move into a further cycle of uncertainty on all levels? Germany is built on contracts, norms (probably much too many) and not on arbitrariness. 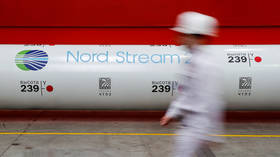 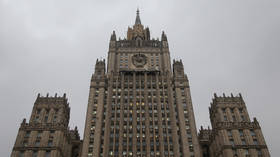