Having survived a Covid-19 brush with death, overweight PM Boris Johnson now understands how obesity amplifies the effects of poor health. It costs lives and the NHS billions each year, meaning the time to act is now. 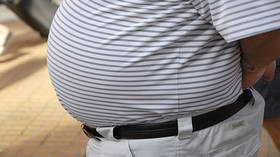 Boris Johnson’s latest pledge to battle obesity in the UK sounds like a good idea, but as is so often the case with the PM, it might just be a soundbite made for the moment, not a firm policy commitment or even much more than a passing thought.

Whatever the intention, he has expressed a view. And while the Covid-19 pandemic is held at bay for the time being, obesity is the next health crisis hurtling down the tracks, and it needs to be confronted head on.

BoJo was repeating what he had said when released from hospital following his own up-close and personal battle with the coronavirus.

Topping the scales at 101kg before admission and having been made aware of the increased risk to life that obesity meant to Covid-19 victims, upon discharge, the PM announced he would launch a public health campaign.

Well, where is it? After all, one in three Brits are in the clinically obese category, with a Body Mass Index of more than 30. That’s one of the highest rates in the world. The PM’s BMI was 36.

And while there are naysayers who declare BMI to be inaccurate, citing differences in muscle mass, bone density and genetic variances according to race, the index is widely accepted as a reliable yardstick by medical professionals.

Sure, there are musclebound bodybuilders with four percent body fat and off-the-scale BMI. But common sense tells anyone the difference between that and someone sporting a large, dimpled, wobbling belly hanging over their shorts or bingo wings and several chins as they waddle down the street. That’s clearly body fat, not muscle or bone.

This is how morbid obesity is often represented and it’s everywhere. Just look at the crowds on British beaches during the recent heatwave and you’ll get the idea, as summer fashions are light, tight and incredibly unforgiving.

They’re also enough to make you steer well clear of UK coastal resorts, regardless of the coronavirus lockdown restrictions.

Of course, chubby snowflakes everywhere will wring their hands, whining, “You can’t say that, it’s fat-shaming!”

It’s not. It is the start of what should be the prime minister’s public health campaign.

Get a grip, grow up and take responsibility for your own health. We’ve seen what a pandemic can do to our National Health Service, bringing the prospect of total collapse too close for comfort.

Obesity is one of the key pressures on our health system, with obese Covid-19 victims facing double the likelihood of hospitalisation from coronavirus than those in the healthy range of BMI.

Obese people not only face a higher risk of death than others from coronavirus, they also risk greater incidences of high blood pressure, strokes, type 2 diabetes, coronary heart disease and more. Most of these will eventually kill you as well.

If Boris is truly serious about fighting obesity, then now is the time to grip this particular issue by the love handles and grapple it to the ground.

The sugar tax was implemented with much fanfare back in 2018 and Public Health England was delighted when manufacturers of sugary drinks cut back on the “pure, white and deadly” stuff by nearly 30 percent. But that is only drinks and despite the frequent boasts, it is not actually working, as the English are consuming more sugar than ever.

Producers of sugar-laden food and drinks were asked to cut back on its content in their products by 20 percent by this year. The latest figures show they have so far achieved just 2.6 percent, but where is the outcry?

Forget soft campaigns like cookery lessons or trying to rouse the couch potatoes and encourage them on to bikes or into exercise classes, Boris. You already have an idea in place. Just penalise those manufacturers who broke the deal they made to stop churning out food that is killing us.

That would be a start.

Then maybe dust off those policies that had been quietly shelved after you took office from your predecessor, banning the advertising of junk food before 9pm and those face-stuffing two-for-one deals.

Sure, upset a few fatties moaning about the ‘nanny state’, but also upset an industry that is bad for us by implementing some tough regulation.

The public is fully onside, with an Obesity Health Alliance poll finding 74 percent of us supported the Government taking action on obesity in light of the pandemic.

But the OHA also identified why nothing had yet been done.

“Any healthy eating campaign from government would have to compete against the millions spent by food manufacturers, plastering their high sugar and fat products across prime-time TV and social media to keep their products firmly in the spotlight,” said the alliance’s Caroline Cerny.

But if reducing obesity by any means puts the NHS in a better position in terms of resources, beds and staff to actually fight something like the coronavirus when it comes along, surely that has to be worth a bit of a barney with a self-interested industry?

Public Health England says that weaning the public off its sweet tooth could save the NHS £15bn and almost 80,000 lives in a generation.

Look at what we all agreed to during the lockdown: draconian restrictions keeping us inside our homes away from family and loved ones, the effective nationalisation of thousands of businesses as the Government paid their employees and shops shuttered for weeks as we avoided public places.

And, of course, the pubs are still shut.

So if we can tolerate all that, it cannot be too much to ask that we try to do something about obesity and make some inroads into that internationally embarrassing one-in-three rate.

After all, a recent study announced that British people are now actually fatter than pigs, carrying an average percentage of fat around our bodies four percent higher than our porcine friends.

If that less than flattering comparison and the hugely increased risk of death from obesity doesn’t spur us into urgent action, you have to wonder what will.