Andy Friend’s side take on Leicester Tigers in Welford Road this weekend, but wins on English soil are rare indeed for the Westerners.

ALL ROADS LEAD back to Sixways.

At least, all enquiries about Connacht’s recent record of tackling English opposition far from the The Sportsground do.

The western province have been down some of the less-trodden tracks in European rugby. They have sampled success from Spain to Siberia, are regular visitors to Scotland, Wales and Italy by dint of Celtic League competition and in France they have a winning return of over 40% with 16 victories from 37 trips to take on Top14 opposition – including the tallest of timbers in Toulouse.

Yet their fond memories of European away days in England are few and fading.

So when they take on Leicester Tigers this Saturday night they will have a trend of 2/27 to buck.

From Kingsholm to Kingston Park, Allianz Park to Sandy Park and the Ricoh Arena to The Stoop; there have been dark days, dreadful days and days of heroism bathed in glorious sunshine, but almost all end in defeat.

Worcester Warriors’ Sixways is the one English venue where Connacht have sung ‘The Fields’ in celebratory mood this century – a 2009 win that bridged a gap back to when Warren Gatland’s Westerners shocked Northampton.

From there, the roads diverge. Some further over the horizon than others.

The day’s fullback Gavin Duffy has moved upstairs in the Sportsground. Centre Aidan Wynne is still involved with Buccaneers. Bernie Upton, one of the day’s young second rows, has beaten a path back to New Zealand. John Muldoon, blindside in December 2009, found himself coaching against his native province in Bristol colours this season. 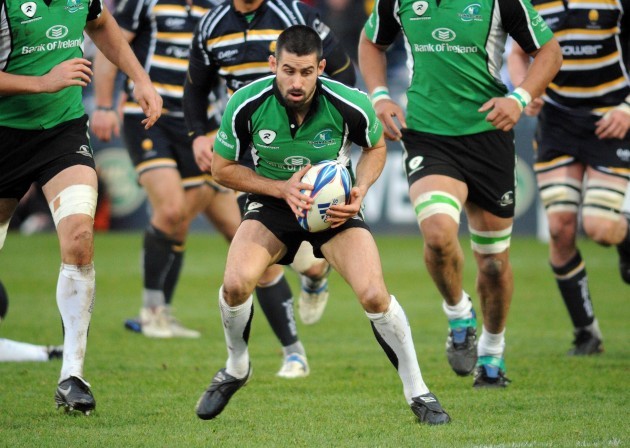 Frank Murphy in possession for Connacht.

There are other unlikely reunions now and then. Although a shared memory of a landmark win probably didn’t come up in conversation when Ian Keatley took the field in Glasgow on Saturday under the watch of his 2009 half-back partner Frank Murphy – now a top class referee.

For Brett Wilkinson, loosehead prop on the day, the road has led to Hong Kong where he has been working as a coach in recent years.

“It was like any other trip,” Wilkinson says over a Zoom call when The42 ask him to drill into his memory bank. This is not an epic tale of Connacht taking down Goliath, this was a match they were capable of winning and did. Only the rarity of its ilk makes it remarkable.

“I remember the first 15 minutes of that game being really tough. Scrum was under pressure, physically we were behind the 8 ball a bit, but we really grew into it.

“We got on top and finished really strong, which is probably the most pleasing thing. Teams often start strong and tail off, but we went the other way. We started, probably a bit nervous to be honest, but after 10-15 minutes we started dominating.”

Connacht were 10-3 down during that opening quarter to Mike Ruddock’s team, the momentum shift came thanks to a surging run from Keatley to the the try-line. The young 10 would keep the scoreboard ticking upward, turning dominance into points for his side before Fionn Carr and a 22-year-old Sean Cronin turned a promising position into a win with tries of their own.

That energetic cohort of young talent was critical in the win on English soil and central to what Eric Elwood was trying to build.

“We were able to be more consistent playing some exciting stuff with the young guys adding to what we had before. Around then was when we took another step in that journey. Those guys added a huge amount. We had confidence as a squad that we were capable of winning big games.” 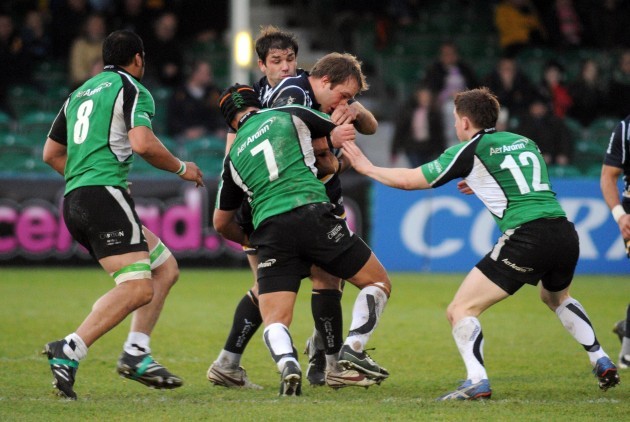 Confidence was well-founded. Connacht had gone to Worcester with an away win over Montpellier under their belt and would go on to complete a clean sweep through the Challenge Cup pool phase, paving the way for a European campaign that brought them all the way to a semi-final against Toulon – an up-and-comer if ever there was one.

So why no win on English soil since?

As ever, there is no one straightforward answer. Perhaps the willingness of Top14 clubs to throw their hat at Europe has given an inflated sense of on-the-road success for all Irish provinces. Maybe the special scalp that English clubs represent for Irish teams has pushed Connacht to over-reach now and then, taking a big swing when jabbing away might have brought them the edge they needed.

Mostly, the answer seems to lie with the quality of opposition. By rising up from the Challenge Cup, where they were well able to compete in the knockout rounds, to be a lower seed in the Heineken Cup, Connacht were pitted against opponents with superior budgets to create superior benches.

“We had a good squad, but we just lacked the depth. I think you look at Connacht’s results over time and a lot of it comes down to that. You do well and compete for 60 minutes, then you fall off the edge of a cliff,” says Wilkinson, whose final appearance before injury-enforced retirement at the age of 30 was away to Saracens.

“There is that bit of fear when you go up against bigger, better teams. You have to deliver and you have to perform. Otherwise, it’s going to be a long old day and nobody likes that. Nobody likes to be embarrassed.

“As players we knew we had to be really good, otherwise we’d go and get a pasting. We knew if we could stay in an arm wrestle, you gave yourself a chance because the English game was all up front physicality, big men getting on the ball. We knew if we could match them physically we’d be there or thereabouts.” 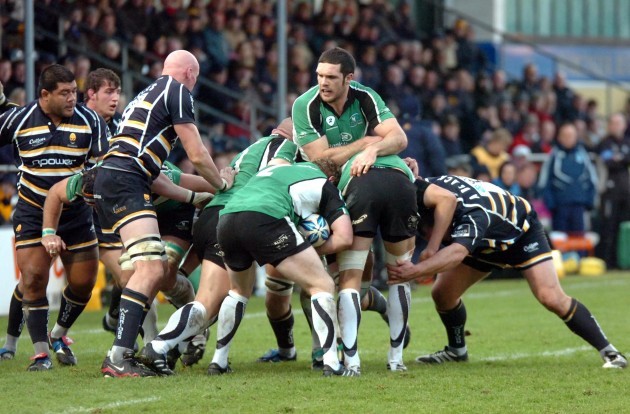 As Wilkinson chats through his memory, he notices a theme emerging. Strands match up and he notes that he might recount the tale of the 2013 win over Toulouse with some of the same words.

“It taught us that if you stay in that arm wrestle, you suddenly grow some confidence. Same as when we played Toulouse. At half-time we were thinking: ‘we’re in this!’ We came out after half-time and Kieran Marmion scores in the corner. Robbie Henshaw had a try disallowed for a forward pass and we’re thinking ‘Jesus, we’re on here’.

“Sometimes you just feel ‘it’s our day, we just have to stay on task and do the job.”

And there, maybe, inlies a lasting lesson for a modern Connacht team setting out to tackle one of English rugby’s most decorated fellows.

Winning on the road, whatever the venue, whatever the nation, requires a little luck, a timely surge in momentum and no small measure of just hanging in there to await the best time to strike.