A girl is fighting for her life after being stabbed in the busy city center during a ‘row with a group of boys.’

A GIRL has been stabbed in Liverpool’s city center and is fighting for her life.

The teen was reportedly with her friends near a busy shopping street when a fight with a group of boys broke out.

Her family was with her in the hospital, according to police, and her condition was described as critical.

The age of the girl was not stated in the initial statement.

The victim is thought to have been with friends on Church Alley, which is off Marks and Spencer, when a “verbal argument” with a group of boys broke out, according to police.

They are suspected of assaulting the girl and fleeing the scene.

Merseyside Police posted on Twitter, “We’re asking for the public’s assistance after a girl was stabbed in Liverpool city centre at 8.40pm this evening.”

“Please contact us if you were in town and saw the incident or have any information – your information could be critical to our investigation.”

Church Street and the surrounding area have been cordoned off in large sections.

At the scene, forensic examinations are conducted.

Police are asking for people’s patience and understanding as they conduct their investigations.

As of this evening, several police cars remained at the scene as investigations continued. 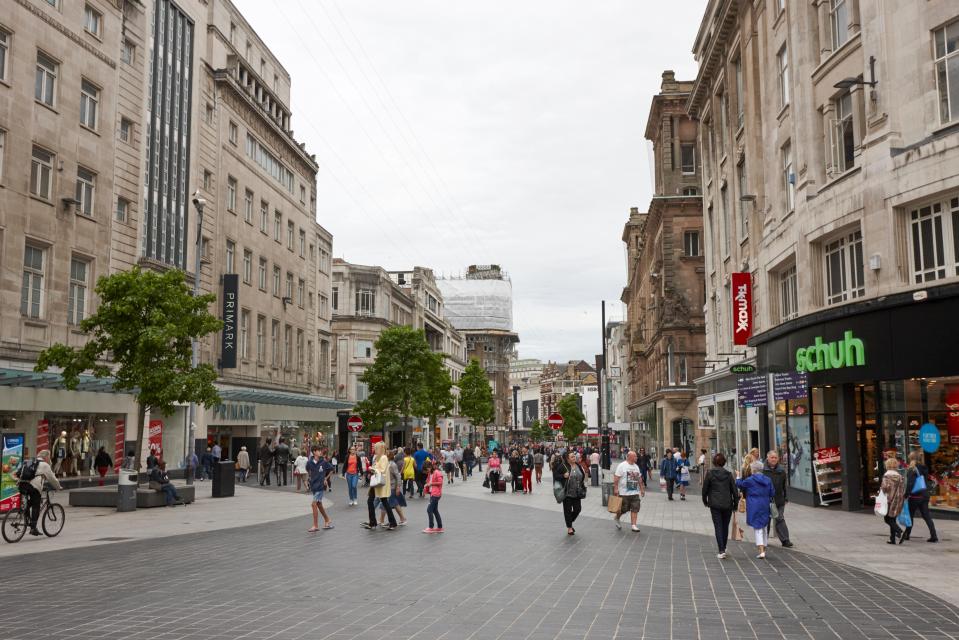