Should the Irish language stay in the constitution of a united Ireland? Our readers share their ideas for how Ireland could change.

As part of The Good Information Project we are posing the question this month ‘What could a shared island look like?’.  We have received dozens of responses from you – helping to guide the project toward your areas of interest.

Below we reproduce some of the big questions and ideas our readers have shared with us.

We start with Marie H Curran, who outlined via email her thoughts on how shared projects could build trust across the island.

“A SHARED ISLAND is promoting a shared response to the same difficulties which are present both North and South.

I don’t believe approaching the subject as it’s being approached at present is the right way forward.

The first step should be in re-alignment or alignment on shared issues.

For example, tackling the housing crises in both jurisdictions with the same plan, receiving the same outcome, a better housing policy.

This would of course mean a shared pocket for the Irish Government.

When promoting a shared Ireland we must promote a better future for all, a future that’s better on all social topics for all people regardless of beliefs.

The issues themselves should be the shared focus, not the Island – and we should begin with issues such as our housing crises, our drugs crises and our climate crises.

Broad but similar topics and from there work downwards towards items such our health systems and policing, which by the very nature of the journey through our shared crises, will show us how to approach their integration in time.

A shared Island won’t happen overnight, it needs to be a stepped process and maybe we need to park the idea completely and instead suggest we work together as two jurisdictions to solve our shared issues instead.

Creating an organic pathway as opposed to a rigid end goal.”

There has been some detailed and civil discussion on our Facebook group this month. Here we reproduce an elaborate plan one of our readers outlined for a federal Ireland.

“To back up what some people have said here – A United Ireland is aspirational but not very realistic.

If there was a United Ireland it would likely involve compromises that would be unpalatable to many on all sides.

I personally have issues with some of the compromises being mooted. Many people will say “no!” and that is their prerogative.

Taking everyone’s opinions into account is important. No one can be ignored or sidelined.

There are extremist communities on all sides who will not accept any compromise and will turn to extreme methods to ensure they do not have to accept any change.

I am saying all sides – there are extremists on all sides. Everyone wants to see a United Ireland or a Unionist Northern Ireland until bombs are going off in Dublin or Belfast.

However, I do see something of a compromise that may be acceptable to most.

They have their existing Government (when it is operating) and the head of state is shared by the President of Ireland and the Queen (as is done elsewhere such as Andorra).

For the Queen, it is just another title – Queen of Northern Ireland or whatever royal title it would be.

Therefore the NI anthem would remain the same with the Royal standard being flown alongside the Tricolour and the NI Flag.

Northern Ireland would be a part of Ireland and the EU, use the Euro and have representation in the Oireachtas and the European parliament.

With British agreement, Northern Ireland Citizens would have dual citizenship and could use either an Irish or a British passport or both.

There would hopefully be some sort of trade agreement between Northern Ireland and the UK, and this would be in place for 10 years followed by a referendum to continue indefinitely or to return to the present status quo.

The big thing is that there would be a NI constitution protecting all sides, dual sovereignty but NI being part of the ROI.

This has all been done elsewhere, at different times.” 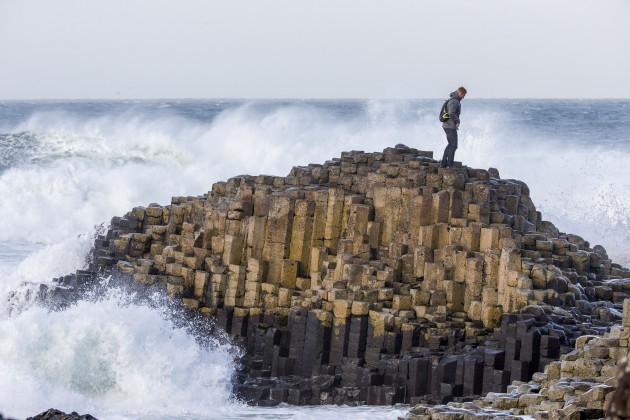 Best of both worlds?

This reader points out that there are social issues on both sides of the border that we could learn lessons from, via Whatsapp.

“I live in the North but work in the South, I was born and raised in Ireland.

I think there is a massive opportunity to fix many of the issues for both Ireland and Northern Ireland.

I start my thinking from the point that reunification is a goal of Ireland. It will also be valid if a poll is passed in Northern Ireland.

Building on this, I see massive opportunities to take the best parts of North and South. We could devise and create a socially better country.

I think we need some hard numbers to actually check many of the rumours going around.

Like the supposed high cost to Ireland of Northern Ireland public services.

Sinn Féin called these numbers into question, and maybe they are not as high as we thought.

Still, maybe the higher cost of public services would be well worth it if we solve the waiting lists in HSE.

I read something recently about creating a new major city somewhere between Dublin and Belfast.

To me this is really exciting, and give us all (North and South) a chance to fix major issues. The development around the border regions would be fantastic also.”

When it comes to accommodating cultures – this reader suggests we revisit the role of the Irish language, in the hopes of reviving the language.

“If we really are working towards a shared Ireland based on equality of all traditions surely that should be reflected in the Constitution.

Currently despite English being widely spoken – it is only a secondary language.

In the first Constitution of the Free State in 1922 both language were equal, before being changed in 1937 with the introduction of Bunreacht na hÉireann, our current constitution.

I’m surprised the topic isn’t brought up more but given the adoption of the shared Ireland rhetoric to show that the south is serious about embracing all traditions, it should be reflected in law.

People will argue that if we make English equal Irish won’t survive, however, I would argue that for too long the Irish language has just survived on life-support alone.

The language can be revived but not by the current methods.

A good example is Northern Ireland, Kneecap introduced the Irish language to a new generation, taking it out of the decline in the villages of the West of Ireland, into the urban 20th century.

The Irish language doesn’t have to be a language against modernity as 19th-century romantics idealised it to be, it can be a modern language alongside English.”