A Thanksgiving at Sea: For a World War II veteran, a 76-year-old menu brings back memories.

Herb Morrow was reminded of his childhood when he saw that Thanksgiving Day menu.

November was the date on which it was written.

It also described the menu that would be served that day aboard the light cruiser USS Birmingham, a battle-scarred veteran of World War II that had just ended.

Morrow, now 94, of Carlisle, was one of the cooks on that mighty ship who prepared that food for the more than 1,000 homesick sailors.

He hadn’t seen that menu in 76 years, until it was brought to a meeting at Carlisle VFW Post 477 last week by the son of one of his former shipmates.

It had Morrow’s name written on it.

The USS Birmingham is a battleship built in the United States.

He enlisted in the Navy when he was 17 years old.

He was trained as a baker and boarded the Birmingham just in time for the invasions of Iwo Jima and Okinawa, two of the bloodiest battles of the Pacific War.

“We needed to win the war to be free,” Morrow said on Tuesday.

“All I wanted to do was get into it.”

When a Japanese kamikaze suicide plane slammed into the Birmingham off the coast of Okinawa, he nearly got it for good.

“I didn’t see it because I was in a gun turret.”

The plane’s wreckage and bomb smashed through multiple decks before exploding deep within the ship.

It went right through Morrow’s sleeping quarters, according to him.

“I wouldn’t be here today if I’d been down there then,” he said.

The attack resulted in the deaths of 47 American sailors.

The explosion blew a hole in the ship’s side, forcing it to return to Guam and then to Pearl Harbor for repairs.

The ship and crew were then re-enlisted in the war, according to Morrow.

By Thanksgiving 1945, the fighting was over, and the Birmingham had become the flagship of an admiral tasked with bringing American servicemen home.

When the holiday meal was served, Morrow said, “we were either in Australia or on our way to Australia.”

The options on the menu are: 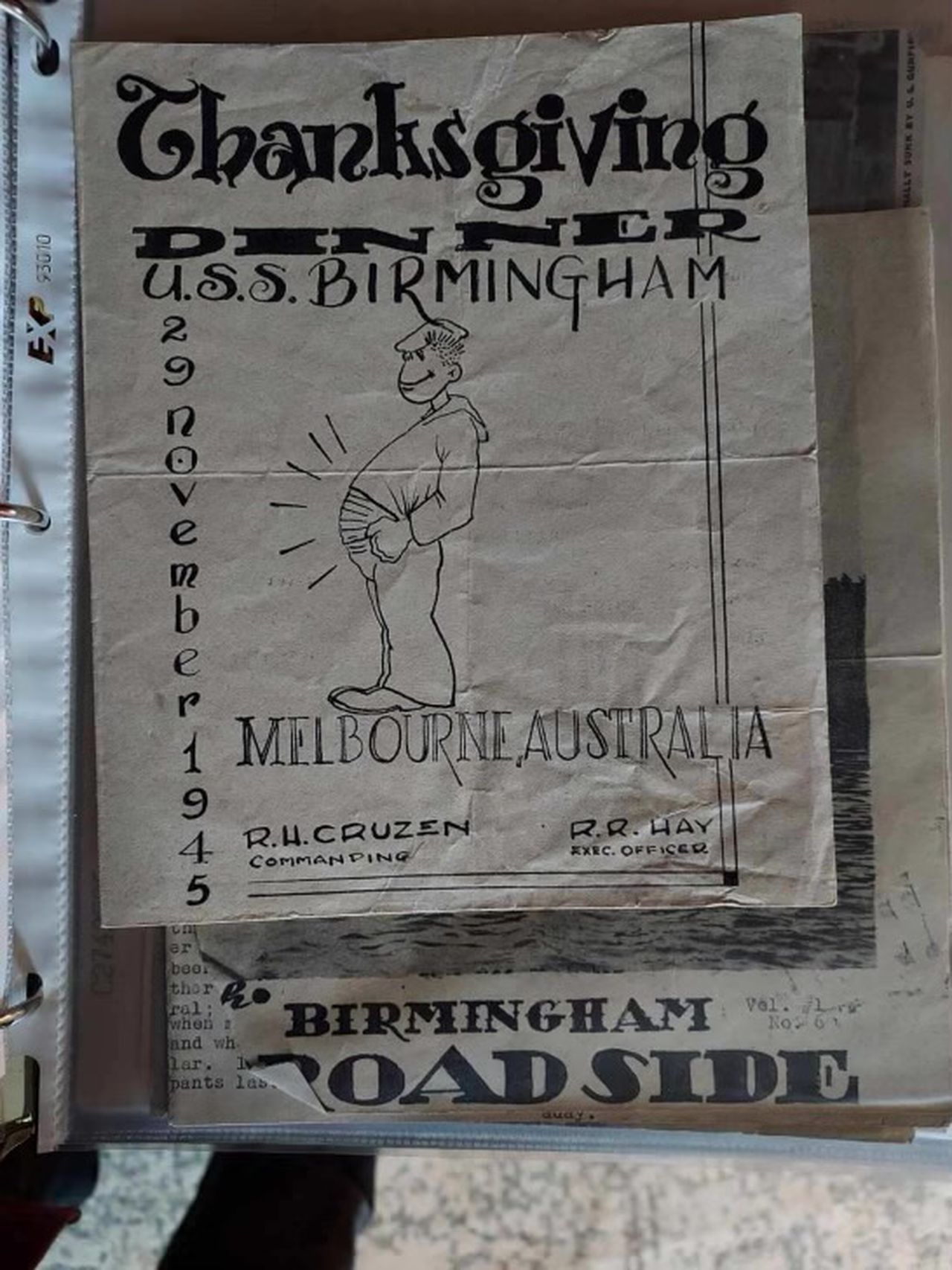