Jack Ma, CEO of Alibaba, has been pulled into a lawsuit filed by a former Indian employee who claims the company’s mobile apps censor content. The case comes after India imposed a sweeping ban on Chinese apps. 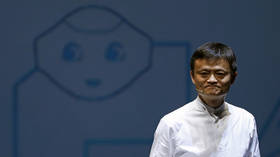 A district court in Gurugram has summoned Ma in the case, which concerns two Alibaba mobile applications, UC News and UC Browser. According to court filings seen by Reuters, an ex-employee of Alibaba’s UC Web, which developed the apps, claims that the firm censors content seen as embarrassing to China, and that its mobile services are used to spread fake news designed “to cause social and political turmoil.”

The suit alleges that the former employee was sacked after raising objections about the company’s practices. The plaintiff, who reportedly worked as an associate director at the UC Web office in Gurugram until October 2017, is seeking $268,000 in damages.

Examples of alleged false stories spread by the UC apps included a 2017 report that the 2,000-rupee had been banned, as well as a sensational headline from 2018 declaring that war had broken out between India and Pakistan. Neither of the stories was true, although the authenticity of the purported UC content could not be independently verified. The lawsuit also details a “sensitive words list” which allegedly censored keywords in Hindi and English such as “India-China border” and “Sino-India war.”

The presiding judge has requested that Ma and several other executives from Alibaba appear next week in court or through a lawyer. UC India declined to comment on the case but stressed that its business practices are “in compliance with local laws.”

New Delhi began cracking down on Chinese business operations in the country following a deadly border clash between the two countries. The June 15 fighting in the Galwan Valley of India’s Ladakh region left 20 Indian soldiers dead, and also resulted in Chinese casualties. Although both sides have worked to de-escalate military tensions, Beijing has strenuously protested against the economic retribution, arguing that Chinese firms in India must be respected.