Anti-lockdown demonstrators clash with police in Vienna, just hours after seven people were injured in violent protests in the Netherlands.

Anti-lockdown demonstrators clashed with police in Vienna just hours after seven people were injured in violent protests in the Netherlands.

Thousands of protesters gathered in Vienna today after the far-right Freedom Party called for rallies and promised to fight new Covid restrictions.

As they streamed into Heroes’ Square, demonstrators chanted “no to vaccination,” “enough is enough,” and “down with the fascist dictatorship,” while waving Austrian flags.

It didn’t take long for the crowd, which had grown to around 35,000 by mid-afternoon, to clash with police.

They claimed that ten people had been arrested for violating coronavirus restrictions and a prohibition on Nazi symbols.

It comes just a day after Austrian Chancellor Alexander Schallenberg announced that the country would be put on lockdown starting Monday, following a spike in Covid cases to 1959.88 per 100,000 in the previous two weeks.

Seven people were injured when Dutch police opened fire on anti-lockdown rioters who were setting streets on fire just hours before.

Cops said they fired both “warning shots” and direct shots at protesters in Rotterdam on Friday who were protesting new lockdown measures.

Anti-riot cops also used water cannon to disperse a tumultuous crowd of protesters who had started setting fires and launching fireworks in one of the port city’s main shopping districts.

At least 20 people have been arrested, according to local media reports.

The protests come a week after the Netherlands re-imposed a partial lockdown to combat the country’s rising Covid cases.

A person appears to have been shot in Rotterdam, according to social media videos, but it is unclear what happened to them.

It’s “still unclear how and by whom” the person was allegedly shot, police said in a tweet.

Shell casings were “everywhere on the floor,” according to one eyewitness, a press photographer.

Cops confirmed shots were fired in a statement, but did not specify what type of rounds were used.

“We fired warning shots and there were also direct shots fired because the situation was life-threatening,” said police spokesperson Patricia Wessels.

“We know at least two people were injured, most likely as a result of the warning shots, but we need to look into the specifics.”

Other videos showed rioters launching fireworks and rocks at cops, as well as burnt-out police cars.

A journalist was attacked on the street, according to the NL Times, and local broadcaster Rijnmond said the reporter was beaten and his camera was destroyed.

According to the AFP, protesters eventually dispersed, leaving dozens of smashed bicycles and smoldering police cars in their wake.

At least one police car was set on fire in Dutch media, and another was seen with a bicycle… 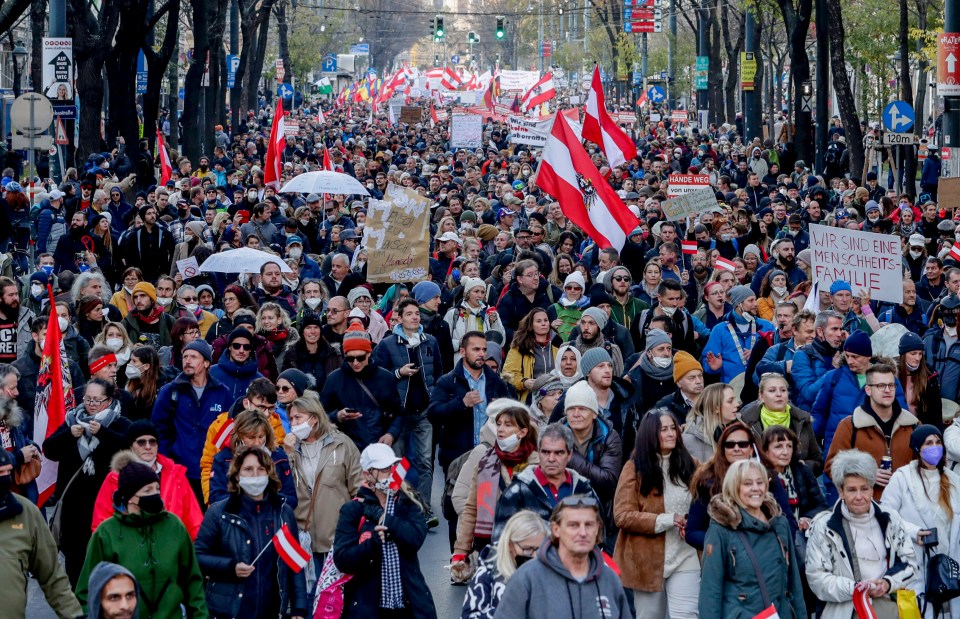 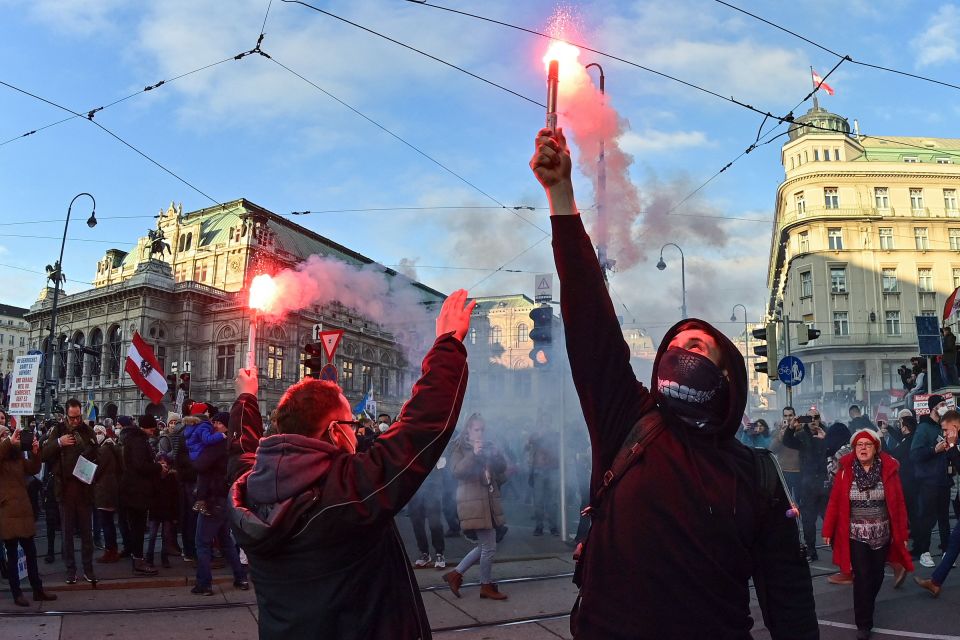 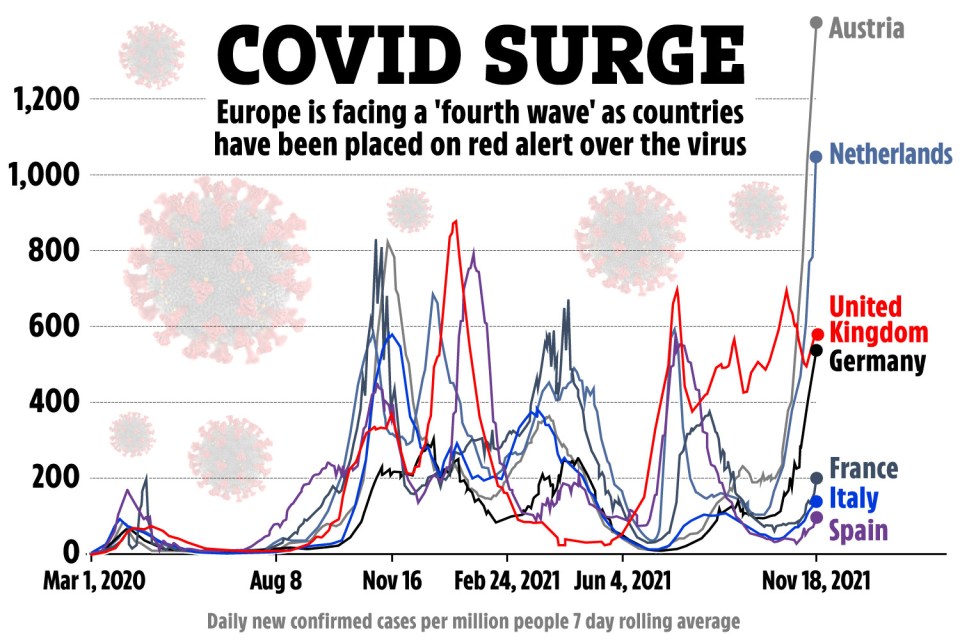 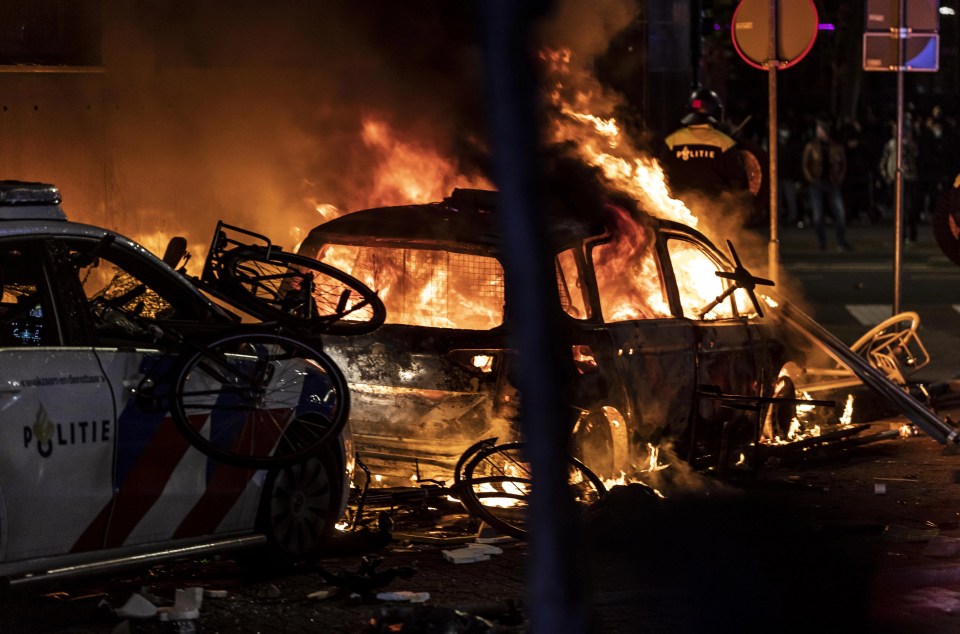 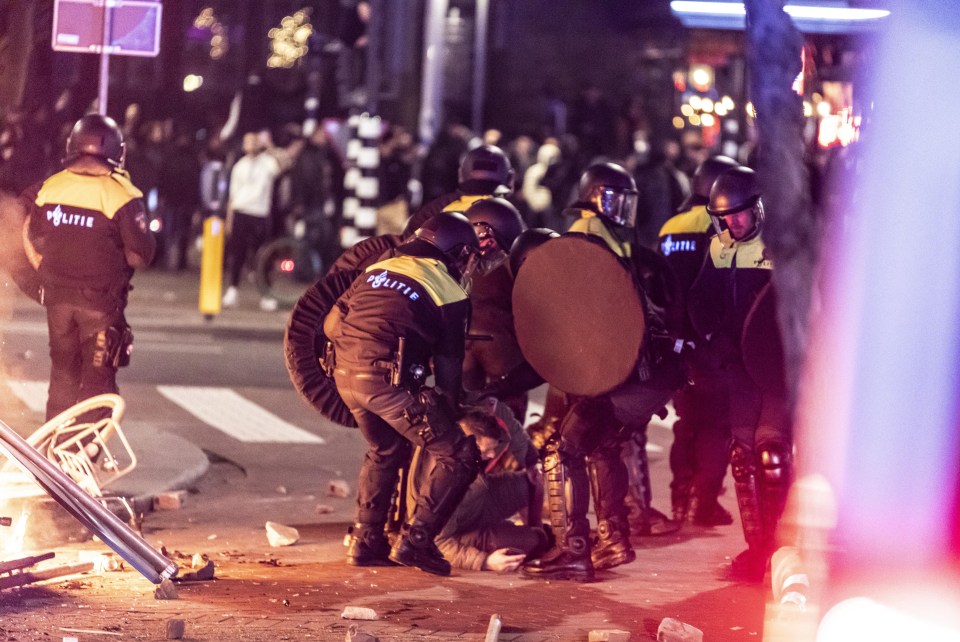